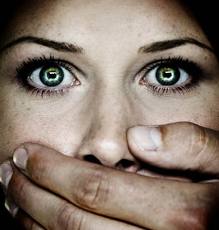 One of the things that makes America so great is the ability to express yourself, much to the joy, and even pain, of those around you. The freedom of speech is a two-edged sword and more often than not the one who wields it doesn’t fully grasp the power behind it.

Sadly there is no better example of poor usage of this freedom than when directed at the political arena. While late night talk show hosts have always taken shots at the President; now with social media outlets everyone has their two-cents to share…truth is most people would do well to learn the value of biting their tongue.

While I find great joy in the liberty found within the Freedom of Speech; I’ve come to realize that while it’s an American right it’s also much bigger than that…it’s a human right.

However, it’s not a Christian’s right.

Scripture tells us that our words have within them the power of life and death.

Just because the government says we can verbally murder someone doesn’t mean it’s the best way for believers to express themselves. After all, we’re called to make a difference. We’re called to be a light in the darkness, to rise above the fray, to be a witness of how Kingdom ethics are conducted.

Of course I realize we’re all just people and none of us are truly holy we have been challenged by our Master to make every attempt to be perfect as He is perfect.

Jesus could have trashed the Roman officials all day long but he didn’t. Despite His example of how to try and live our lives we consistently flap our tongue to the will of our flesh.

Growing up I always heard: don’t talk politics or religion. The older I get the truer that statement is. People don’t want to talk about religion because they don’t care…until they know how much you truly care for them. People don’t talk politics because it’s near impossible to have a civil discussion. You either agree with them or you’re an idiot and you’re the reason why so and so was elected. Sadly this isn’t limited to non-Christians but Christians as well.

Funny thing is that while we bask in the liberty that freedom of speech gives us, Christians have a tendency to say things that are very anti-Christ in nature. If your speech represents the type of Christianity you believe in than I’m afraid we are of different tribes.

Unfortunately, some Christians are fond of saying things like “we’re under grace” and use that as an excuse to speak vile drivel. I can’t help but disagree with that thought process.

If the secular government gave you the right to murder without consequence would you? Or would you cling to the Lord’s command of not killing? By abusing your American right of free speech you are murdering despite the many clear examples throughout Scripture charging us to maintain control of our mouth.

So choose life and remain silent when you’re tempted to verbally behead someone.

—-
Jason Hess is a husband of one, father of three, minister with Next Leadership Association, and a third order Franciscan. Additionally, he is in the very early stages of planting a church through Anchor Mission USA. You can find more of his writings at his blog – www.eckSermonator.com.