We’re thrilled to announce that we’re partnering with Rev. Dr. William J. Barber, II and Repairers of the Breach to co-host a two-night Red Letter Revival on October 1st and 2nd in Goldsboro, North Carolina!

After an evening revival launch on October 1st, a full day of workshops will be offered the following day for those who are concerned about the ways faith has been used to endorse political extremism and who want to explore authentic Christian theology and practice that welcomes the stranger, heals the broken hearted, and lifts up the poor.

“For too long, faith has been hijacked by those who say abortion and sexuality are the only moral issues,” said Bishop Barber, pastor of the Greenleaf Christian Church in Goldsboro, North Carolina. “They tell religious people to vote their pro-life/pro-family values, then they use their political power to pass policies that keep families in poverty, separate families at the border, prevent families from accessing healthcare and threaten the life of the planet.”

Over the past year, Red Letter Revivals in Lynchburg, Virginia and Dallas, Texas, have provided a gathering space for Christians who are troubled by the public association of their faith with anti-immigrant, anti-LBGTQ and racist policies and language. Red Letter Christians President Shane Claiborne says the goal of these events is to promote “A Christianity that looks like Jesus again.”

Revival services will be held at the Goldsboro Raleigh District Assembly in Goldsboro, North Carolina, and are free and open to the public. Speakers include William J. Barber, II, Traci Blackmon, Tony Campolo, and Shane Claiborne. For more information on revivalists, workshop leaders, and registration, visit: www.redletterchristians.org/red-letter-revival/goldsboro-nc/ 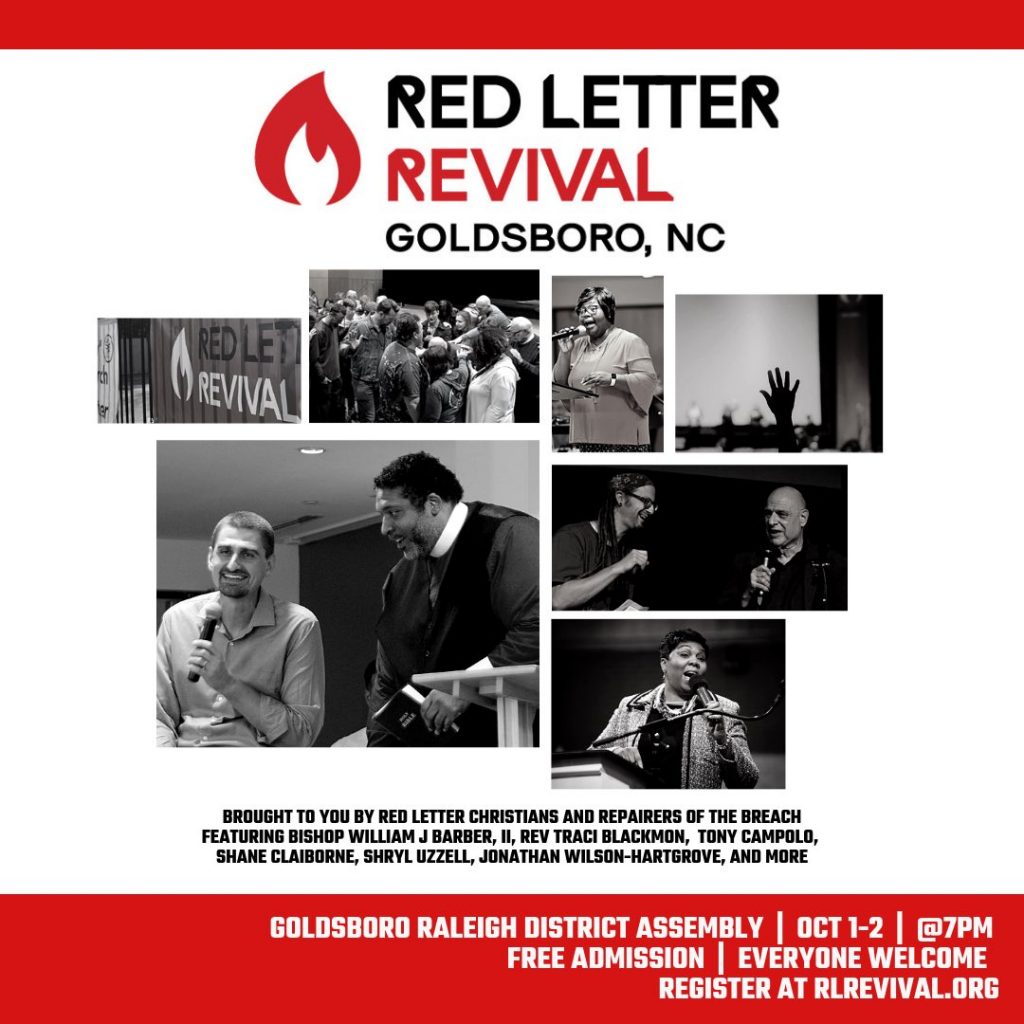