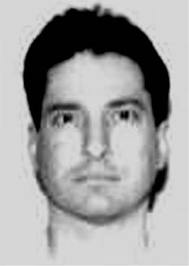 Two nights ago, the state of Georgia executed Troy Davis, a man widely believed to be innocent. A last-minute delay went to the Supreme Court, where a stay of execution was denied.

Meanwhile in Texas, another man was executed. There was no widespread outcry for the life of Lawrence Brewer. His horrific crime was one of which he boasted, one in which there was no doubt of his guilt. He “deserved” to die.

I blogged two nights ago that I was troubled by the preoccupation with the “too much doubt” that characterized the Troy Davis case. Not because I disagree with the emphasis; the fact that our government would sentence an innocent man to death—and, by the way, “since 1973, 138 people in 26 states have been released from death row with evidence of their innocence” (DPIC)—and then follow through on that sentence amid mounting doubt is appalling.

I’m not even addressing the racial inequity inherent in the system, which is a huge part of this case. A crime was committed in Georgia last night. One friend commented that the only physical evidence or weapon connected to the Troy Davis case was that used in the execution. That should make you shudder.

However, I found myself forced to wonder why we were comfortable executing Lawrence Brewer on the same night. The answer is obvious: Brewer committed and reveled in an unimaginably cruel hate crime, the dragging death of James Byrd, Jr. I didn’t want to know about his crime, but last night when the phrase “I am Troy Davis” was splashed across various social media outlets, I felt like I had to add “I am Lawrence Brewer, ” and I needed to know what I was really saying. Reading more about Brewer, I found a part of myself glad that he is no longer on this earth. According to a Huffington Post article comparing the two death penalty cases, in court proceedings, Brewer wrote a letter with these chilling words: “Well, I did it… And no longer am I a virgin. It was a rush, and I’m still licking my lips for more.”

No one in their right mind wants this man on the streets. But it seems to me that part of the desire to shut away and then kill someone like Brewer is not only that we want to maintain public safety—it’s that we are afraid to acknowledge what we have in common with him. We do not want someone like Brewer to be human because we do not want to see ourselves in him. I do not want to identify myself with a white supremacist whose racism led him to torture and murder a black man. It is easy for me to say that I would never commit such a crime, but what really separates me from Brewer?

Mother Teresa once said, “If we have no peace, it is because we have forgotten that we belong to each other.” This quote gets used a lot of the time to highlight the nice things about human community and relationships, the ways in which we can and should build one another up and take care of one another. That is absolutely right, but it seems to me that in this broken world, if there is ever going to be healing and reconciliation, we must admit that we belong to each other not only in our goodness but also in our darkness. The reason that history continues to go through cycles of violence, even genocide, is that we continuously (and with good reason!) distance ourselves from the perpetrators of horror, so much so that we fail to recognize those same impulses in our own hearts. We condemn German citizens who did nothing while Jews were rounded up and murdered in their midst, and yet we allow men to be killed by the state, systemic injustice to deny basic healthcare to the poor, suspected terrorists to be held and tortured with no evidence but their ethnicity or nationality in the name of homeland security, and unjust wars to be waged abroad by soldiers with no resources to deal with the repercussions of taking a human life.

Sister Helen Prejean, a Catholic nun and anti-death penalty activist (and the character portrayed by Susan Sarandon in the movie Dead Man Walking) said, “The profound moral question is not, ‘Do they deserve to die?’ but ‘Do we deserve to kill them?'” I am reminded of John 8:7, where Jesus challenges the men accusing a woman of adultery: “Let anyone among you who is without sin be the first to throw a stone at her.” I am not advocating lawlessness and disorder. Like I said, no one in their right mind wants Lawrence Brewer on the streets. But my point is that, innocent or guilty, no human being should have their life taken by the state. We need to acknowledge the inhumanity of the death penalty as being the very thing we are trying not to see in ourselves when we wash our hands of the humanity of someone like Lawrence Brewer.

I have to point out the reactions of each victim’s family to these two executions. The family of James Byrd, Jr., whose body was mercilessly mutilated by Lawrence Brewer, who was unrepentant to the last, begged the courts not to kill him. But the family of Mark MacPhail, whom Troy Davis is accused of killing, welcomed his death, feeling that justice had been served. I am sensitive to and troubled by the racial dynamics not only of the crimes and trials, but of the family’s reactions.

I was 14 years old on 9/11. I watched our country’s sense of security crumble with those towers. I still cry almost anytime someone talks about 9/11. And yet, I have never feared terrorists. I do not worry about my safety when I travel. I have caught myself looking at middle eastern people with curiosity that borders on suspicion, but I have never really been concerned that he or she is a terrorist or would harm me in any way. What I do fear is that darkness that lies in the human soul, in my own soul, that darkness that leads people like the MacPhails to see death as a victory, that causes crowd members at a GOP rally to cheer when Rick Perry is asked about the record number of executions that have taken place in Texas during his term as governor. (By the way, read this: “An Open Letter of Pastoral Admonition to Governor Rick Perry, “ by Amy Laura Hall.) I do not fear people like Brewer. I fear the part of me that wants to cheer at Brewer’s death.

There is only one death in all of history that constituted a victory. If we celebrate any other human death—even the death of Osama bin Laden—we have, indeed, forgotten that we belong to each other, and until our memory is restored, we will have no peace.

I am Troy Davis. I am Lawrence Brewer. May God have mercy on my soul.