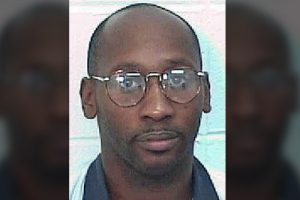 As I write this article, it appears that Troy Davis will be executed within a few hours. He will join countless others, including Osama bin Laden, who have been killed legally. Chief among the many questions raised by such killings is whether — and if so, how — violence can serve as a legitimate instrument of justice. Contemporary debate about this question echoes the diverse and conflicting perspectives within biblical texts regarding the use of violence as a potential force for good. What, if anything, can these texts teach us today?

Attitudes in biblical texts regarding violence are complex and, at times, irreconcilable. In the Jewish Bible/Old Testament, God not only permits violence but also commands people to commit it (e.g., Deuteronomy 20). Even more troubling is the divinely sanctioned and ordered genocide (Deuteronomy 20). The breadth of this extermination (called the haram) is made clear when God’s command to slaughter the Amalekites includes exterminating men, women, children, infants, oxen, sheep, camels and donkeys (1 Samuel 15:1-3; cf. 15:18-35).

One can rightly claim — especially given Feuerbach and Durkheim — that such texts reveal much less about God and much more about people and their tendency to legitimate violence by ascribing it to divine decrees. George Bernard Shaw said it well: “God created us in his image, and we decided to return the favor.” This recognition does not, however, dismiss the ugly portrait of God in such texts nor the manifold ways in which people have sought to use such texts as warrants in their violence against others.

On the other hand, many Hebrew Bible texts either seek to limit or forbid violence. The Israelites are instructed to first offer terms of peace to any town against which they intend to fight (Deuteronomy 20:10). The psalmist declares that YHWH’s soul “hates the lover of violence (hamas)” (Psalm 11:5). God forbids King David from building a temple since David has “shed much blood” and “waged great wars” (1 Chronicles 22:6-10).

The attitude toward violence in the Hebrew Bible thus appears schizophrenic. As in most cases, the Bible provides ammunition to people on both sides of the debate. The Decalogue (Ten Commandments) forbids killing (lo tirzah) (Exodus 20:13; Deuteronomy 5:17), but the same Hebrew term (rzh) is used to describe capital punishment, an act permitted elsewhere in the Torah (Numbers 35:16, 17, 18, 19, 30). God is opposed to violence, but regularly punishes the violent with violence (e.g. Genenis 6:13; 9:6). God seems to use violence as an instrument of justice.

So too do other biblical characters. Moses’ first act as an adult, as described in the Book of Exodus, is to kill:

“One day, after Moses had grown up, he went out to his people and saw their forced labor. He saw an Egyptian beating a Hebrew, one of his kinsfolk. He looked this way and that, and seeing no one he killed the Egyptian and hid him in the sand” (Exodus 2:11-12).

It is unclear if Moses tried to kill the Egyptian, but it is clear that he was willing to injure him in order to protect a Hebrew slave, that his attack was premeditated and that he tried to conceal it — both before and after the fact. Refusing to be neutral in this conflict, Moses sides with the vulnerable and acts violently against the oppressor. It is perhaps not a coincidence that God later calls Moses to enter a national conflict and (once again) side with the oppressed slaves and against the oppressive slave owners.

Ambiguity about the use of violence exists even within Jesus’ life and teachings. In the Sermon on the Mount (Matthew 5-7), Jesus forbids any form of violence. Rejecting lex talionis (“an eye for an eye”), he offers instead a law of loving the enemy, insisting that a person not resist an evildoer, but rather turn the other cheek, give one’s garment away, go two miles and give to everyone who begs. Lex talionis, intended to minimize the cycle of escalating violence, fails for Jesus because it does not end the cycle.

The radical nature of Jesus’ command to love the enemy is evident in its general neglect by most Christians. After Tony Campolo preached on this text the Sunday after Sept. 11, 2001, a man from the church came up to him and declared, “This is not the time to be quoting Jesus!” In many cases such as this it is “progressive/liberal” Christians who are the true biblical literalists, and “conservative” Christians who interpret the Bible most liberally. In proscribing violence, Jesus gives no qualifiers, exceptions or caveats. It is not a coincidence that references to Jesus in Just War Theory are virtually nonexistent.

Jesus’ sermon was a catalyst for Leo Tolstoy’s critique of Russia’s military and practice of capital punishment. In his religious autobiography, “A Confession” (1882), Tolstoy expresses horror over the use of violence by the Russian state in “the name of Christian love.” Two years later (in “What I Believe”) he describes his own conversion as the moment when he realized that when Jesus said “Resist not evil” (Matthew 5:39), Jesus actually meant what he said. Tolstoy delivered his fiercest critique in “The Kingdom of God Is Within You” (1894), a book banned in Russia for obvious reasons:

“We consider it the duty of every [person] who thinks war inconsistent with Christianity, meekly but firmly to refuse to serve in the army. … If you believe that Christ forbade murder, pay no heed to the arguments nor to the commands of those who call on you to bear a hand in it.”

Mahatma Gandhi was profoundly influenced both by “The Kingdom of God Is Within You” and Jesus’ Sermon on the Mount. Gandhi notes, “I came to see that the Sermon on the Mount was the whole of Christianity for him who wanted to live a Christian life. It is that sermon that has endeared Jesus to me.” For Gandhi, the

Rev. Dr. Martin Luther King Jr. found in Gandhi and the Sermon on the Mount concrete strategies for nonviolent resistance. King’s nonviolent tactics are well known. Less familiar, since we celebrate only those aspects of heroes with which we’re comfortable, is his consistent application of Jesus’ teaching. On April 4, 1967 (one year to the day before to his death), King gave his Speech on Vietnam, outlining his opposition to the war. He pointed out the glaring hypocrisy in the American public (and press) who praised him when he promoted nonviolence among blacks in the inner cities, but “cursed and damned him” for demanding that his own government be “nonviolent towards little brown children in Vietnam.”

New Testament scholar Richard Hays finds this anti-violence message not only in the Sermon on the Mount, but throughout the New Testament: “…from Matthew to Revelation we find a consistent witness against violence and a calling to the community to follow the example of Jesus in accepting suffering rather than inflicting it.”

Yet, on (at least) one occasion Jesus did use physical violence. Mark’s Gospel records this episode:

And after [Jesus] entered the temple, he began to cast out the ones selling and buying in the temple, and he destroyed the tables of the moneychangers and the seats of the ones selling doves, and he wasn’t allowing anyone to carry goods through the temple. And he was teaching and saying to them: “Is it not written, ‘My house will be called a house of prayer for all the peoples/nations’? ‘But you have made it a den of bandits’ (Mark 11:15-17).

Discomfort about Jesus’ violence here is evident in how later Gospel writers edit the story. Luke’s version is quite tame compared to Mark; in the former, Jesus only does one thing: He drives out those who sold. He neither drives out those who bought, destroys tables and seats, nor prevents people from carrying things (cf. Luke 19:45). Luke may not describe Jesus’ overturning of tables since the Greek word Mark uses (katastrefō) often means “destroy.” The word is used at least 11 times in the Greek translation of the Jewish Bible (LXX) to describe God’s destruction of Sodom and Gomorrah. Neither Matthew nor Luke portray Jesus physically “messing with people.” But in Mark, Jesus “casts/throws” people out and prevents people from carrying anything. We are told neither how Jesus accomplishes this nor if he hurts or injures anyone in the process.

Yet the temple in Jesus’ day consisted of concentric circles of purity, and each circle was limited to certain people. The most exterior court was the court of Gentiles, apparently marked by two inscriptions warning Gentiles that capital punishment was the consequence for pressing beyond into the interior of the temple. Gentiles were excluded from entering into the court of Jewish women, the court of Jewish men and the holy of holies. The temple in Jesus’ day was not a house of prayer for all peoples.

By quoting Isaiah 56:7, Jesus challenges a structure of institutionalized racism. The Temple was not only the religious but also the political, economic and social epicenter of power in first century Judaism. Jesus is violent in and against this dominant center of religious, economic and political power. It is primarily for this reason that Jesus is arrested and crucified.

Jesus recalls Moses, who also directed his energies (violent and political/diplomatic) against the dominant power of his day. In Moses and Jesus we see a preferential option for the oppressed and a willingness to use violence to protect them. Both men use violence against a powerful system in order to protect or advocate for the powerless.

What can we learn from these biblical texts? The Sermon on the Mount challenges Christians who too readily accept the arguments that violence is an acceptable (if less than idealistic) option. Jesus’ episode in the Temple, on the other hand, challenges Christians who embrace pacifism. Put differently, pacifists need to read Jesus’ Temple episode, and consider its implications for when violence might be acceptable or even necessary. Christians comfortable with “just war” need to read the Sermon on the Mount and consider its implications for pacifism.

But let us return to Troy Davis and Osama bin Laden. In the case of Moses and Jesus, violence is used not as punishment but (in Moses’ case) to protect the vulnerable from the powerful and (in Jesus’ case) to resist a powerful system that was excluding people based on ethnicity. One can certainly argue that the death of bin Laden was necessary in order to protect others from harm. But killing Troy Davis accomplishes neither of the two goals enacted by Moses and Jesus. His death will not protect the vulnerable from harm. Nor will his death serve as resistance to a powerful system that oppresses the weak. On the contrary, it seems that the death of Troy Davis would be precisely the kind of thing that Moses and Jesus would resist — perhaps even violently.

This article originally appeared on September 21, 2011 on the Huffington Post

—-
Matthew Rindge (Ph.D., Emory University) is Assistant Professor of Religious Studies at Gonzaga University, where he teaches Life and Teachings of Jesus, Bible and Film, and Bible and Ethics.