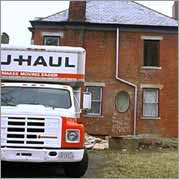 “What white people can do about racism” as a blog series is not so much a “how to” manual to end racism, as much as it is a reflection on a journey and a call to join a life-long journey of racial justice.  Along each step of the way you are called to reflect on your own path and to be encouraged with moving yourself forward in these “stages of reconciliation.”  The first stage was moving from ignorance to awareness. In this stage we talked about the need for moving outside of one’s white enclave and the importance of experiencing relationships with people of color.  The second stage was moving from pity to empathy. Early on in this stage many white people have a “missionary complex” and develop one-sided relationships, not really taking the time to understand someone else’s history and current reality.  As this stage progresses we realize that relationships are not enough!

This step became a reality for my family when we moved to Philadelphia to join the simple way community. We moved to Philly in hopes of learning what it means to love God and our neighbor.  Some people thought we were out of our minds moving to the inner-city with our soon-to-be one year old daughter (now we have three daughters!).  The only thing I would perhaps change about moving to Philly is bringing along the in-laws on move day.  Not knowing what to expect as we drove down the street to our new row-home, we were road-blocked by a drug bust.  I will never forget the look my father-in-law gave me as he asked if this sort of thing happened often.  That night as police helicopters flew over our new house I think my in-laws truly thought we had lost it… so much for good first impressions.

One thing I have learned in my journey with Jesus is that he doesn’t call everyone to comfort and safety.  In fact, he told his followers that they would have to take up their crosses and suffer a bit.  On the outset we thought we were in for some suffering as we moved into our new neighborhood, but as we lived there we realized it wasn’t as bad as we thought.  I am convinced that the greatest security system in any neighborhood is “to get to know your neighbors.”  This is one of the core values we teach in Mission Year and I have seen it work in our own lives.  Too often people stay away from places that are viewed as scary and dangerous.  The reality is that these same places are filled with people created in the image of God.

I remember a few months after moving on the block there was a small group of guys and a girl selling drugs on our street corner.  I’ll never forget the look in the girl’s eyes as she sat on the ground next to the building shriveled up as she tried to get warm in the cool air of that late fall day.  Mother Teresa taught that we can do no great things in life, but only small things with great love.   I decided to put this into practice as I went into my house and made up a bunch of hot chocolate for those standing on my street corner.  You should have seen their eyes as I approached the corner with a tray full of co-co.  They looked at me like I was out of my mind (looking back at it I probably was J ).  Before I attempted to hand out the drinks and before they could say anything, I informed them that I would take a sip out of each cup so they knew I hadn’t poisoned it.  Immediately their skeptical faces turned to smiles as they said “Word” and grabbed the cups of hot chocolate and began to drink.  I didn’t stop the drug trade on the block that day, but I did experience their humanity in a way I never had done before.  After living on the block for a while I was beginning to understand some of the trials the neighbors had to face on a daily basis.

I will never forget our next door neighbors the first year in Philly.  Connected to us on one side was an elderly couple that listened to their music very loudly because they were going deaf.  On the other side was a much younger couple that listened to their music loudly because, well, they liked listening to their music loudly J.  The young lady living next to us (I will call her Maria) didn’t go out much when we first moved in.  It took several months before she built enough trust to even talk to us.  I’ll never forget about a year into our being in Philly I was sitting on our porch watching the world go by as Maria talked with another neighborhood lady.  When their conversation was done Maria looked at me and said, “Can you believe that?   I just talked to a neighbor!”  Honestly I didn’t know what to say, I wish I had a sticker or something to give her for her achievement J.  She then went on to say, “You don’t understand, I’ve lived here for over ten years and I’m the neighborhood bitch, I don’t talk to anybody.  But I see the way you and Lara interact with the neighbors and I wanted to give it a try, and I like it!  Besides, the way I see your marriage, it gives me hope that marriage actually works!”

I don’t believe everyone is called to move to the city.  Mother Teresa used to tell people to come to Calcutta and then go and find their own Calcutta’s.  She taught us that the poor are Jesus in his distressing disguise, and that there are many different disguises to find him in.  I believe the same is true in terms of diversity.  You do not need to move to Philly or some other city to find diverse people.  Even the town of my birth, which is currently 97% white, has people of color making up its residence.  Rather than simply visiting their restaurants and having them wait on you, make the effort to know them and their stories.

Jesus moved on the block.  The fact that Jesus “put on skin” and lived as a child fascinates me.  In Luke 2:52 we are told that he was a learner.  God became human because of his love for us.  I am also fascinated that it took Jesus 30 years before he started his ministry.  First he moved on the block, he became a part of the fabric of the neighborhood, he learned the language and culture of the day.   We live in a fast food society where we like quick results… maybe this is why race relations are not better than they are in our society.  Real relationships, racial justice takes time.  It takes people willing to give up privilege and move into the neighborhood.

“What White People Can Do about Racism” is a collection of thoughts by Chris Lahr. Through this blog series he hopes to touch on lessons learned from his journey of living in a small predominantly white town in Indiana to living in a city (Philadelphia) where white people are currently the minority. Check out the first post in this series here. Chris will be teaching the workshop, “What white people can do about racism” at the CCDA Conference in Indianapolis on October 13, and 15.