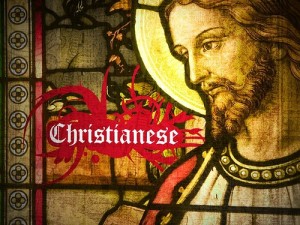 Read article one in the series here: Ten Cliches Christians Should Never Use

The response to this series of articles has been pretty overwhelming, and generally, very positive. For the handful of folks who label me an apostate, atheist, anti-Christian or what have you for stepping on some rhetorical toes, it’s fine if you feel the need to cast stones. But do bear in mind that, when you do, you are living into a stereotype of Christians as knee-jerk reactionary, judgmental people. Something to consider.

And for the hundreds who have written with thanks for helping them feel their pain, alienation, confusion or resistance is heard and understood, thank you.

In that spirit, I have compiled a third (and most likely, final) list of Cliches to avoid because, frankly, there were still so many worth noting that have yet to be addressed. Thanks to those who have submitted suggestions for additional lists. And because I’ve had some emails and comments asking for more clarity on what to do or say instead of leaning on these cliches, I’ll offer a closing piece for this series tomorrow about what I’d suggest Christians focus on instead of well-worn rhetorical scripts.

Enough prologue. Here are the final nine cliches to strike from the Christian lexicon if we’re interested in reaching people on a deeper, more personal level.