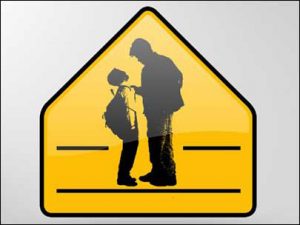 I and the public know
What all schoolchildren learn,
Those to whom evil is done
Do evil in return. -W. H. Auden

Sometimes an issue emerges in a culture that takes us by surprise – not because it is so new, but precisely because it has become so familiar that we don’t even see it until it has taken over.

Bullying is one of those things that we all know about instinctively, yet it always seems to shock us when we see it on public display.

We tend to imagine that bullying is an isolated act, when in reality it is deeply integrated into our worldview, culture and individual values; is short, it is how we get things done, it is who we are.

Bullying, at its core, is a boundary issue; we convince ourselves that we can, in fact should force others to do our will – or live the way we think they should – or, at the very least, acknowledge our superiority.

The bullies I have run into have been very astute. They continually size-up situations and relationships in terms of power dynamics and sift out signs and opportunities for exploitation. And they are at least as aware of situations that expose their own vulnerability.

In fact I have noticed that bullies are in a near constant state of heightened arousal – there is a constant real or perceived threat – and they are threatening or feeling threatened.

I have seen bullies switch, at the speed of light it seems, from blustering, menacing abusers to friendly, even charming, helpful partners – though usually with a smirk, which reminds us, the witnesses if not victims, that the bully has won again.

You’d think victims would become more compassionate and sympathetic toward the vulnerable – and some do. But the vast majority (presumably subconsciously) seem to dedicate themselves to perpetuating the endless cycle of pain, shame, guilt and violation. Unfortunately I have learned that bullies are like all of us – we are all, to a large degree, products of our heritage – our actions are primarily variations of what we have done before – or what has been done to us. True change is rare indeed – which might explain why ‘conversion’ is the heart of every religion’s transformative intent.

Many years ago I saw a young woman who had just be hit by her husband.

She had a look of triumph I had never seen on her before – and never saw again.

Her husband was bookish, shy and smaller than she was and had pacifist leanings.

She, from childhood, was far more practiced in the fine art of bullying.

In fact she found his passivity offensive and, a challenge. She had grown up in a home filled with rage and abuse and although she found the safety she had longed for her whole life, his easy-going nature made her crazy.

She taunted, harangued and nagged. He responded the only way he knew – with quiet reason and listening – which only enraged her more. At least until he lost his patience and struck back.

And that was when it became obvious; she won.

He felt guilty for years. She never let him forget.

She knew already, what most of us had yet to learn: bullying is not about threats or bruises, bullying is about power and control. And a bruise or two is a small price to pay for total control.

There is a strange Venn diagram-like overlap between bullies and victims. At some shift in circumstance, opportunity, physical development or power dynamic, victims easily and smoothly become bullies; victims become abusers as the lesson is learned – and passed on.

The popular assumption is that bullies ‘grow out of it”. You’d think that the accumulated resentment and hostility (not to mention divorce, substance abuse, violence and legal interventions) would be too much to bear. But my observation and experience tells me that bullies, like all of us, are creatures of habit, we might change techniques or strategies, but we all learn what we have lived.

Just as freedom is not possible until there are no masters – as well as no slaves, there will be no peace, at home, at school or around the world until we confront – and master – this impulse within every one of us.