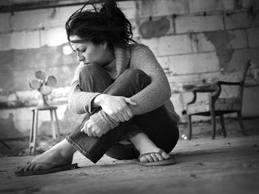 At 23, most people her age are very conscious of their appearance, but Stephanie’s wardrobe consisted of thrift store finds and cast offs, leaning heavily toward stretch pants and sweatshirts that advertised events she had never seen and places she would never visit. She was a heavy girl, perhaps 250 pounds and her greasy, stringy hair only served to accentuate her poor skin. Because of her weight, she more shuffled than walked and her head was always bowed, seeking not to offend, avoiding eye contact.

The first time I met her, she was in line for food in the park. She shuffled along, mumbling thanks, eyes on the ground. Over the following months, I tried to engage her but whether it was my being a male, or her inner demons, it just was not happening. Like a dog that had been struck once too often, she flinched at contact.

When there was an open bed, Stephanie would stay at the woman’s shelter, but more often than not she had to make other arrangements. On cold nights, she would trade sexual favors in exchange for a warm bed. To pick up spending money, she would trade sex for money – very little money.

Because of her weight and mental issues, often the promise of a warm bed was revoked, or the money not paid after the oral sex had been given. Several people later told me Stephanie was often sexually assaulted and raped, unable to resist her attackers.

The last time I saw her was on a Thursday in early November. It was inordinately cold that day, with a sharp, piercing wind. Stephanie shuffled down the sidewalk, huddled down into her jacket, oblivious to my wave, ignoring me when I called.

Stephanie made it into the women’s shelter that night. There she could sleep; secure in the knowledge she was safe. In her sleep, Stephanie died of complications from sleep apnea. At age 23, she was another statistic of life, and death, on the streets.

At the end of the talk, a lady came up to me, obviously moved by my story. Then she asked me the question I dread most: “How could God allow this to happen to Stephanie? Was this all part of God’s plan?”

What I wanted to tell that lady, but did not, was God did have a plan to take care of Stephanie; God’s plan was us.

I did not tell that church lady any of that. But I wish I had.

—
Hugh Hollowell is an activist, a speaker and a Mennonite minister. He’s the founder and director of Love Wins Ministries where he pastors a congregation made up largely of people who are homeless