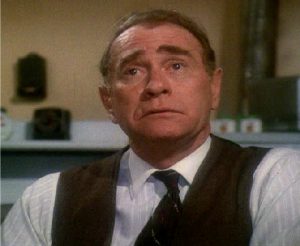 Some of his presents from relatives arrived by mail several days early, some even a week or more before he could open them, which is a recipe for torture in a second-grader’s world. He got his sights set on on one particular box, enshrouded in mysterious brown paper that gave nothing away about its contents. But this only added to the intrigue.

His fascination with the gift reminded me of the dad in “A Christmas Story, ” arguably one of the best holiday movies ever made. In one scene, he wins “a major award” after successfully solving a puzzle in the weekend paper and sending in for a drawing. When the human-sized crate finally arrives, dad brims with anticipation.

Well, maybe the deed to a bowling alley he later concedes, but the point is that the mystery only lasts as long as we keep the box closed. Once it’s open, the contents cease to be anything we can imagine and suddenly becomes simply what it actually is.

“Hey, look, ” he said, after the agonizing wait was finally over, “a puzzle!” Then he set it aside and has yet to play with it.

Our imagination and larger-than-life wishes inevitably set us up for disappointment, constructing a reality that true life usually can’t live up to. So what do we do? Recalibrate our wants to make them more realistic? Or live in a perpetual state of anticipation and let down, always dreaming up the next thing we’ve yet to acquire so we can enjoy that rush of excitement again.

Never mind it’s based entirely on fantasy. But the pleasure of anticipation must outweigh the disappointment of reality, or else we wouldn’t keep doing it, right?

Two song lyrics came to mind as I put together this post. First was from Chris Cornell, former lead singer of Soundgarden, who sings, “The have is not as good as the want.” The other, from John Mayer’s “Gravity, ” says, “It’s wanting more that’s gonna send me to my knees.”

It would be easy to blame such strange habits on a capitalist, consumer-driven culture, but this quirk of human nature precedes western economics by a long shot. It’s at least as ancient as the story of Christmas itself.

Before Jesus’ birth, the Jewish people anticipated the arrival of the Messiah for many generations. By the time he actually arrived, the myths about his triumphal entry were epic. He would bring empires to their knees. All wrongs would be set right. Those who had waited patiently for so long would be vindicated, and those who oppressed them would suffer the wrath of God.

What they got instead was a squirming baby, born into the bloodshed of a fearful ruler, slaughtering innocents in search for him. In response, he offered a message of peace, love and a different kind of kingdom. Certainly not what what God’s chosen had envisioned before the Great Gift had been unwrapped.

But long after the empires that occupied Israel have been relegated to history, the ever-growing and ever-evolving Body of Christ remains, as do the hope about which he preached.

The gift was an unexpected one, and some chose to look elsewhere for the promise they still imagined to be fulfilled. But the world was forever changed. Love broke through. Peace had a name. Hope could be found in the vulnerability of a child.

And so we labor. We wait. We conspire with the subversive spirit of God who slipped in beneath the view of power to infuse the world with new vision. We hold in tension the “already” and the “not yet” paradox of God’s love, fully realized, but to which we continue to awaken from the slumber of human expectation.

—-
Christian Piatt is an author, editor, speaker, musician and spoken word artist. He co-founded Milagro Christian Church in Pueblo, Colorado with his wife, Rev. Amy Piatt, in 2004. He is the creator and editor of BANNED QUESTIONS ABOUT THE BIBLE and BANNED QUESTIONS ABOUT JESUS. Christian has a memoir on faith, family and parenting being published in early 2012 called PREGMANCY: A Dad, a Little Dude and a Due Date. Visitwww.christianpiatt.com, or find him on Twitter or Facebook.