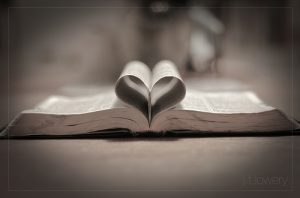 One of the great epidemics of modern American evangelicalism is the abuse of the word “Biblical” by attaching it to causes and ideas that have nothing to do with the Bible. Last month, I was at a meeting with some undercover spies from our church who had gone out to test how other churches welcome their visitors. One of our spies shared her experience at a local “Bible” church where the topic of the sermon that week was “The truth behind the Arab Spring.”

Seriously? That’s the message that they had to encourage people to give their lives to Jesus Christ and spur them on to love and good deeds in His name? To fill their heads with anti-Arab propaganda? How did somebody think it was okay to call that a sermon which represents the word of God? They may have quoted the Bible as part of this “sermon.” But what is the kingdom-building purpose of giving your congregation partisan ideological talking points about a foreign policy issue? How does that help them to live more like Christ? In how many other “Bible” churches out there has “Biblical” become a code-word for an ideological platform that serves a purpose completely foreign to God’s mission even if it cherry-picks verses out of the Biblical text to justify itself?

How did this problem arise? Here’s my theory. One of Satan’s greatest victories in the American evangelical church has been to convince the vast majority of us that the “faith” of salvation is about “beliefs” rather than “trust.” Instead of trusting in Christ for their salvation, many evangelicals think they are saved by having the correct opinions on a set of theological topics, such as believing that hell is eternal conscious torment (which is the most important one), that Mary really was a virgin, that Jesus really did miracles, that Jesus’ death on the cross could only have been penal substitution (even if you don’t know what that means), that the world was created 6000 years ago, etc.

There isn’t necessarily consensus on how long the list of correct opinions is, but this list is what the word “Biblical” has come to signify. “Biblical” opinions are contrasted with what we call “worldly” opinions, some of which may include that a loving God won’t send people to hell, that Jesus’ death was the political assassination of a non-violent social justice crusader (rather than atonement for our sins), that people come from monkeys, etc. Since Biblical opinions are defined against worldly opinions which are perceived to be shaped by secular authorities like political correctness and science, Biblically-illiterate people come to assume that whatever sounds politically incorrect or unscientific is probably Biblical by default, whether or not it has any actual scriptural basis. For example, since believing in a literal interpretation of Genesis goes against science, then not believing in global warming comes to be considered “Biblical” also. Similarly, since being opposed to premarital sex is politically incorrect, then it becomes “Biblical” to plaster your facebook wall with politically incorrect attacks on Islam.

Let me give you an example that seems to support my theory. Ken Hutcherson is the pastor of Antioch “Bible” Church near Seattle. He has been the leader in the fight against same-sex marriage in Washington state. Here is a list of the “Biblical” principles by which he defines himself in a short bio:

How would you like to be a big black man who is conservative, friends with the likes of Dr. James Dobson and Rush Limbaugh, someone who believes that there are no mistakes in the Bible, doesn’t care what people think of him, thinks the only way to make your enemy a friend is to defeat them or kill them, thinks it is okay for prisoners to be executed, thinks that the human race is at the top of the food chain, thinks it is okay to drill for oil in our own country, to kick illegals out of that same country, and thinks it’s okay to enjoy life? I am about infusing the culture with biblical truth, where ever and whenever I can no matter what the cost. Join me as we explore God’s Biblical Blueprint for an ordered, just and fair society.

Ken Hutcherson’s words suggest that “Biblical” and “politically incorrect” are basically synonymous to him. He says he “doesn’t care what people think of him, ” so he has no problem declaring boldly that “the only way to make your enemy a friend is to defeat them or kill them.” Sure, saying that is politically incorrect and the antithesis of all those devious ideas about getting along with other people that “worldly” propagandists like Mr. Rogers put out there. But it’s also the opposite of how Jesus calls us to live.

What does support for drilling oil have to do with God’s “Biblical Blueprint”? What about kicking illegals out of the country? When did God decide to take a side on capital punishment? I’m guessing that calling the “human race” the “top of the food chain” is a dig on environmentalism. Screw the whales! I’m not sure what Hutcherson means when he says “it’s okay to enjoy life” because it’s unclear why anyone other than a dour fundamentalist would disagree with that. But since everything else in the list is a pointed ideological stance, I’m assuming that he means people with money shouldn’t be frowned upon for using it to “enjoy life” instead of giving away what they don’t need.

When a list like this is what “Biblical” has come to mean, the word ceases to have any referential connection to the actual 66 books of the Bible. Christian leaders who really are invested in promoting the teachings that are actually in the Bible ought to be speaking out against the flippant use of the “Biblical” label. The latest example is Alabama state senator Shadrack McGill who says that “it’s a Biblical principle” that giving Alabama teachers a pay raise would “attract people who aren’t called to teach.” He didn’t cite any Biblical passages; he was just speaking about the concept of “having a calling” which the Bible talks about generally without making any stipulations about what people should or shouldn’t get paid for following their call. Notice the damage done to the sacredness of the word “Biblical” to toss it around like that.

We can no longer sit back and watch while Satan destroys our church’s witness by making a mockery of our sacred book. If we allow people to call it a “Biblical truth” to say that “the only way to make your enemy a friend is to defeat them or kill them, ” then we will be doing our best to promote a more thoroughly complete secularization of American culture in a couple of generations. What makes us think that God is going to be happy to see us in heaven if we allow His name to be blasphemed so thoroughly among people whom we’re supposed to be inviting into His kingdom? To stand up for the Bible, we must stand up to the “Biblical” imposters.