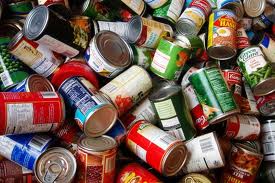 Several years ago I was visiting the town I grew up in and was talking with a local youth worker about my life in Philly.  Somewhere in the conversation she had the idea that it would be a great opportunity to bring the youth group from this small town to do a mission trip in the big city.  Immediately I agreed, but also added that I thought it would be of equal value for me to bring a group of my youth from Philly to do a mission trip right there in Indiana, sort of a “reverse mission”.  She seemed surprised and asked what in the world would they possibly do?  I told her they would do the same as her youth group… “Nothing… but they would get a lot out of it!”

Short-term mission trips were a vital part of my early development as a follower of Jesus.  I can’t say I ever brought about great sweeping changes to a society during those trips, but I did learn a lot about myself and God as I put myself in cross-cultural situations.  Rather than expound on the plus and minus’ of short-term missions, I want to talk about this “reverse mission.”  I call it “reverse” because so often short-term mission trips consist of white suburban folks going to the city to serve; whereas in this situation we brought a group of city youth (African American and Puerto Rican) to small town America (made up of 98% white folks) to serve.  We joined several different local youth groups from the area in the annual Operation Backyard.  For a full week, the youth groups came together to hear a speaker at night and to serve in the community during the day.

I found the preparation for this “reverse mission” to be very interesting.  Over the years, I had worked with countless white suburban groups as they prepared for a week-long mission trip in the city. There is often a lot of stereotyping that goes on.  Many people think and fear the worst about the city; but really people fear what is unknown to them.   I found the same to be true with my youth group.  This was the first time some of the youth left the city, for others it was the first time they really left their neighborhood.  When they discovered that the small town they were going to was 98% white, they expressed some of the same fears I had heard from groups coming from the burbs.  Instead of “am I going to get shot or mugged, ” I heard “Am I going to be lynched and called names.”

For several years now I have been doing research and have written on the racial history of the town I grew up in.  Though I love this town and overall the people are good, it does not have a very good reputation of hospitality for people of color.  Nonetheless, my guys ended up having a great time!  They loved the people they met (especially the girls from the gymnastics team… sorry just keeping it real J ).  Their experience seemed to show a different story than the marred reputation of the town, that is, until an incident they experienced near the end of our time there.

We were instructed to go into one of the neighborhoods and let the kids go door to door asking for canned goods to be given to a local organization to be handed out.  Traditionally all the youth groups participating in Operation Backyard split up into groups to reach every subdivision, neighborhood, etc. to collect the canned goods.  About 10 minutes after my kids got out of the van in our assigned subdivision, a man came up and asked me what we were doing.  I told him about Operation Backyard and what we were instructed to do.  I even offered the contact info of the organizers.  He told me that we had to leave immediately!  I asked why.  He said he was the “neighborhood security” and that we just had to leave.  As politely as I could, I told him no.  A few minutes later the police approached me.  I explained what we were doing and luckily he was familiar with it.   The officer was nice enough to let us roam free collecting the cans.  When I called the organizer of the event about the incident, he was shocked and could not believe this had happened.  This had never occurred in the history of Operation Backyard!  He himself labeled it as racism and apologized.  This event did not throw a dark cloud over the mission trip for my guys though.  In fact they loved their time there so much that they want to come back!  They realized that in every city, and in every neighborhood, there are plenty of ignorant people.

The small town I grew up in is a great place.  But it is not entirely a safe place to be if you are a person of color.  Not necessarily unsafe in the sense that someone will physically harm you, as much as the subtle racism that is expressed through ignorant comments, stares, etc., which do feast upon one’s soul.  This was manifested recently in a powerful blog posted on the internet by a black resident of this small town.  In the blog, the author described how his daughter had been crying because she no longer liked the color of her skin since it was different from everyone else’s in her class.  He went on to share the struggles he experiences as people “stare at him and his family like they were a bunch of sideshow freaks.”

There are several people from the town I grew up in that aren’t real thrilled with me as I bring these issues to light.  I hear repetitively that I am creating stereotypes and painting the town in a bad light.  I hear that I am being too general in my statements and that I make it seem like the KKK are walking around seeking to drive out all people of color.  I also hear that “this is not the only place that this kind of thing happens!”  I do my best to not make general statements, but to make ones based on real life facts such as the blog mentioned above.  “This does not only happen in our small town”… what does that mean?  Ok since it happens in other towns we should ignore it?  No!  There are people who are not fully accepted in the small town I grew up in, and I believe it is not because people are inherently mean or actively racist, but because people have ignored the issue of racism for too long.  Instead of being moved by anger when someone says his family is suffering, we get angry and defensive when someone suggests something should be done about it.   The majority of the population of any small town may be nice and not have a bone of bigotry in them, but is this enough?  I would argue that this is not enough if it is coupled with silence.

I am thankful for this “reverse mission.”  I am grateful that my guys were able to love on folks and be loved.  To bring about racial justice we must have a deeper understanding of how the “other” lives.  Even though an incident happened, many stereotypes were destroyed and friendships established.  My hope is that the town I grew up in (as well as the countless small towns throughout the United States) would be a safe place for my Philly guys to actually move to if they ever choose to marry one of the girls from the gymnastics team and settle down.  In reality, it is much easier to show hospitality to someone who is just “passing through.”  The real challenge is to take things to another level by making it a place where folks can move to, be interwoven into the fabric of the community, and be appreciated for the diversity they bring.

**What White People Can Do about Racism” is a collection of thoughts by Chris Lahr. Through this blog series he hopes to touch on lessons learned from his journey of living in a small predominantly white town in Indiana to living in a city (Philadelphia) where white people are currently the minority. Check out the first post in this series here.

—-
Chris Lahr is a Recruiter and the Academic Director for Mission Year. He is also a part of the Simple Way in Philadelphia. He is a writer and a speaker. For information about having Chris speak, contact him at: [email protected].