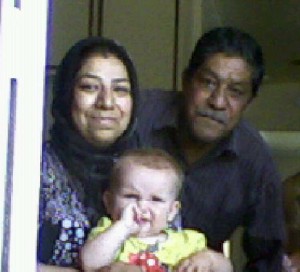 Confession: I often fall victim to stereotype and blind prejudice against those outside of my cultural, religious or ethnic circle.

I believe many of us have allowed the polarizing and hateful rhetoric of media/politics to inform us on who we believe to be friend or enemy. There are endless numbers of religious and political pundits who have destroyed any remnant of generative discourse in order to make a name or an extra buck.  This is a tragedy that has severe consequences for masses of people outside of our relatively small population.

I’m not saying there isn’t evil in the world.  I believe there is.  There are daily acts of violence across the globe, but we must not assume that such violence is promoted by whole demographics.

What I am saying is that who we label as “evil” often aren’t evil at all.  In fact, they are often those that embody the fruits of the Spirit in more tangible ways than anyone else.

A few examples of people groups who have been labeled by false stereotypes, which have led to oppressive prejudice:

“The Muslim Terrorist” – Just a few weeks ago I (as a professing Christian and stranger) sat in “their” West Bank homes and experienced hospitality that will stay with me forever.

“The Jewish-Israeli Extremist” – I shook “their” hands while standing in sacred Jewish sites as “they” articulated the necessity to build bridges of equality between Israel and Palestine.

“The Agenda Pushing Homosexual” – Some of my closest friends have been put in this category and the daily prejudice (especially from the Christian community) they absorb breaks my heart…and theirs.

“The Illegal Mexican Immigrant” – I play soccer with “them” every week.  I had lunch in “their” home just yesterday. (Good article on this topic: The Gospel of Immigration.)

Obviously, my experiences are not comprehensive as there are isolated individuals that affirm the assigned labels, but not only were these labels untrue, the assumptions inherent in these labels were untrue. When the language of “they” turns to “my friend, ” everything changes. And I would argue it changes in the direction Jesus would have it.

In each case, I had to unlearn previously believed stereotypes and labels.  People’s identities are not to be defined by an assigned label, but by the identity given to each by God.

As followers of Jesus, there is no room for such distinctions.  Our vocation is to love and serve ALL humanity.  If our assumptions about someone don’t allow us to objectively hear someone’s story, then we are serving an agenda other than that of Jesus.

I don’t say this to be a jerk, I say this because we are missing out.  Such prejudice is not only fatal to the humanity of those we judge, it is fatal to the humanity of each of us.  Prejudice is insidious and it turns us into people we were not designed to be. We become less human.  When we adopt a posture of defense and demonization in exchange for a posture of invitation and Christ-likeness, we fail to live out our vocation as disciples of Jesus.

As Christians, we live in the present reality and future hope of Resurrection, which gives us the eyes to see the restorative plan of God in all of humanity. We can’t lose our kingdom imagination at the hands of blind prejudice.

What are ways we can shake off this toxic addiction to prejudice that steals life from “them” and “us?”

Go: Intentionally find ways to interact with those whom we demonize.  When “enemies” move from somewhere “over there” to fellow human citizens, we can begin to see more clearly.

Listen: Hear their stories.  People aren’t near as irrational as we are told they are.  When we hear their stories, we experience the human side of issues that have been reduced to political or religious talking points.

New Eyes: We have to unlearn many of the stereotypes we have accepted as truth and turn (repent) to truths of equality and hope found in Jesus.  We have to train our eyes to see Jesus in everyone

I’m about to walk out door and cross the border into Tijuana, Mexico.  Due to a variety reasons, it has become one of the most violent cities in the world….but that DOES NOT mean that all or even the majority of Mexicans are violent.

I’m not promoting a social ignorance.  Instead, I’m proposing a return to the normative values and reality that were inaugurated in Jesus’ life, death and resurrection.

“Jesus, forgive me.  May I take on new kingdom eyes that are able to identify your Image in each of your children”

Reach out those you fear.

Touch the heart of complexity.

Imagine beyond what is seen.

Risk vulnerability one step at a time.

What would our relationships look like if we saw people first as image bearers of God rather than bearers of a socially conferred label?

What our ways we need to repent of blind prejudice?  From whom do we need to seek forgiveness?  What are ways we can develop a kingdom imagination that sees Jesus in those we have chosen to write off as “evil?”

(NOTE: Picture above is my daughter Ruby with a Muslim family that recently fled Afghanistan as persecuted refugees)

—-
Jon Huckins is a veteran youth pastor and public school teacher who is now on staff with NieuCommunities, a collective of missional church communities who foster leadership and community development. After much international travel and study in the Middle East, Jon focuses much of his writing and graduate studies at Fuller Seminary on ethics and social advocacy. Further, Jon writes for Youth Specialties and loves to tell and live out new stories with teenagers. His book Teaching Through the Art of Storytelling released in December ’10.  He lives in San Diego with his wife Jan, daughter Ruby and three legged dog named Harry.  Jon blogs here:http://jonhuckins.net/.  You can also follow Jon on Twitter and Facebook.