EDITOR’S NOTE: This excerpt is from chapter eight of Postcards from Babylon: The Church in American Exile, by Brian Zahnd. Used with permission.

“The first precondition of being called a spiritual leader is to perceive and feel the falsehood that is prevailing in society, and then to dedicate one’s life to a struggle against that falsehood. If one tolerates the falsehood and resigns oneself to it, one can never become a prophet. If one cannot rise above material life, one cannot even become a citizen in the Kingdom of the Spirit, far less a leader of others.” – Vladimir Solovyov in his eulogy of Fyodor Dostoevsky, 1881

The Russian poet and philosopher Vladimir Solovyov eulogized Fyodor Dostoevsky as a prophet precisely because Dostoevsky could feel the falseness prevailing in society. Dostoevsky could see through the lies that the masses agreed to believe. Dostoevsky’s greatest novels — Notes From Underground, Crime and Punishment, The Idiot, Demons, The Brothers Karamazov — were artistic masterpieces of prophetic truth-telling. What most people were too obtuse, too compromised, or just too afraid to see, Dostoevsky set forth in his novels — they were parables writ large (very large!).

This is my question for you, dear reader, “Can you feel it?” It’s all around you, but can you feel it? Can you feel the falseness that prevails in modern Babylon? Babylon is always religious and knows how to keep up appearances, but that only serves to conceal the idols Babylon really worships. Money and Power. Economy and Military. The falseness is the phony assumption that the pursuit of money and power is sustainable and leads to a life worth living. In the Babylon in which I reside (hopefully as a missionary) the falseness is very strong right now — stronger than it’s ever been in my life. But most people are so sedated with the opiates of consumer culture and consumer religion that they never even suspect it. There are others who sense it but cannot quite name it. It takes a prophet to name it. It takes the courage of a prophet to come right out and call materialism and militarism a lie. Jesus calls us to be that kind of prophetic people.

In an economic-military superpower, the truth is that money and power trump everything. That’s the functional atheism of religious people who pretend at faith but bow the knee to Mammon and Mars. That’s the falseness that prevails. That’s the deception of a material society. Can you feel it? The great lie is that life is about the acquisition of money and other forms of power. The grand deceit is that in the pursuit of wealth and power all means are justified. Every war is justified if it’s for the sake of The Economy. In Babylon this lie is pervasive and seductive…as idolatry always is.

But can you feel the falseness of it all? Don’t you realize that even if the idolatry of materialism and militarism is preached beneath steeples and ensconced behind stained-glass it’s still antichrist? Resist it! Don’t tolerate it! Rise above it! Cain was wrong and his city was built on a lie. The meaning of life is not about besting your brother, beating your brother, conquering your brother, killing your brother. Life is about caring for your brother. That’s not naiveté, that’s Christianity!  Nietzsche was wrong. The meaning of life is not found in power, the meaning of life is found in love. God is not totalized will to power, God is kenotic self-sacrificing love. Yet far too many Christians who profess to be appalled at Nietzsche’s axiom, “God is dead,” seem enthralled by Nietzsche’s Will to Power. When American Christians tacitly agree with Nietzsche and openly agree with Ayn Rand, you know that something has gone horribly wrong — the falseness has become malignant.

Let us not talk falsely now, the hour is getting late. Let’s remember again the radical profession that we Christians make. We confess that Jesus is the world’s true king. We confess that Jesus is Lord…right now. The rightful ruler of the world is not some ancient Caesar, not some contemporary Commander in Chief, but Jesus Christ! Jesus is not going to be king someday, Jesus is King of Kings right now! Christ was crowned on the cross and God vindicated him as the world’s true king by raising him from the dead. This is what Christians confess, believe, and seek to live. We have no king but Jesus.

Our king has nothing to do with violent power. Our king has no use for nuclear weapons. Why? Because you can’t love your neighbor with hydrogen bombs. Our king said his kingdom does not come from the world of war, which is why his servants do not fight. Jesus told Pontius Pilate, “My kingdom is not from this world. If my kingdom were from this world, my servants would be fighting.” The kingdom from heaven that Jesus brings into the world does not come riding an M1 Abrams tank. In the kingdom of the Prince of Peace, we study war no more, we turn swords into plowshares and spears into pruning hooks, we turn tanks into tractors and missile silos into grain silos. Our task is not to turn the world into a battlefield, our task is to turn the world into a garden. Our goal is not Armageddon, our goal is New Jerusalem.

Again I ask, can you feel the falseness? I hope you can. If you can, it means you have a heart for the truth. Keep feeding that holy desire. As the proverb says, “Buy the truth, and do not sell it.” Trust the holy instincts within you — the instincts of compassion aroused by the Holy Spirit. Yes, politics are always complicated, but what does Jesus want your attitude to be toward Syrian refugees, Honduran asylum seekers, and undocumented day laborers? You already know. You’ve always known. Some will say power trumps everything, but you’ve always known that mercy triumphs over judgment. Hold on to what you know to be true and don’t be talked out of it by compromised faith leaders. Politics is the art of compromise, but there are some areas where Christians must not compromise. You can’t absolve the sin of being pro-torture by claiming to be pro-life. And if making America great again involves waterboarding, nuclear weapons, child detention camps, and ridiculing environmental concerns, it’s a project Christians cannot participate in.

In the context of an economic-military superpower, I see no warrant for believing God’s people will be the political majority — not until the Parousia anyway. In this present age, if we’re unwilling to live as a counter-imperial counterculture (as the first Christians did), I see no reason to believe that we can live in fidelity to Christ. In an economic-military superpower, it’s only by acquiescing to the falseness that Christians can hold political dominance. We must let go of that seductive aspiration. We don’t need to grasp for “the kingdoms of the world and their glory.” We can live as responsible citizens as we seek to bear prophetic witness to the rulers, calling them to compassion and justice, but we will not sell our soul for the sake of political power. We’re not called to win but to be faithful. When we adopt a win-at-all-cost approach to our participation in partisan politics, the cost may be our soul — our Christian authenticity. 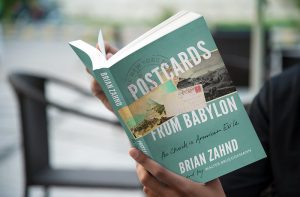 In my time of dying I doubt I’ll find any comfort in having played it safe, but I will find comfort in being able to honestly say that I chose a risky life for the sake of the kingdom of Christ. If you feel the falseness prevailing in society, then reject the falseness by risking everything on the gamble that what the Gospels say about Jesus Christ is true.