In Raleigh, North Carolina, Love Wins Ministries tackles the problems of homelessness by focusing on relationships. Today I ask founder and director Hugh Hollowell about engaging with folks who live outdoors. I learned stuff. I’ll bet you will too.

What are the ways that you and your team honor the inherent dignity of people? Really spell it out for us…

The first thing you have to understand about homelessness is that it is a series of losses – because homelessness is a process.  Maybe you lost your job. And then you lost your partner and your kids. Then you start to lose your friends, and then your house. You stay with friends, which burns out the friends you have left, and then you end up sleeping in the shelter or in your car. You are now homeless, which means you have difficulty in our society finding a place to use the bathroom.

The clothes you wear aren’t the clothes you pick out, but the ones someone else decided to donate. The food you eat is the food someone else decided to give you. Bit by bit you see your life, and all your dreams, slip away. When you have to poop in the bushes because no coffee shop downtown will let you use the bathroom, dignity is hard to come by.

So how do you put that awareness into action?

For instance, many church groups that want to distribute food will all wear matching shirts, advertising their church. I am glad you are proud of your church, but what that says to the person you are sharing food with is, “You don’t belong, we don’t want to be confused with you.”

So, things like learning people’s names.  And sharing yours. Asking their opinion, and giving weight to it. Realize that Mike or Sam who live under the bridge is as valuable to God, and bears as much of the image of God, as Pastor Jones or Mr. Smith at the bank.

Having real conversations. Being homeless means you are surrounded by people who are mentally ill, even if you are not mentally ill. That leaves you starving for conversation.

Hugh, a lot of Christians agree that God loves your friends who live outside, but the real rub, for many of us, is allowing our lives to intersect with those who seem “other.” Is that happening?

Hmmm. Well, I want to point out that the constant witness of the New Testament is that there are only two kinds of people: Our neighbor, whom we are to love, and our enemy, whom we are to love. The concept of “other” should be unknown to the Christian.

My hero John Perkins once said that when you love your neighbor, their problems become your problems. So, if you set out to build relationships with new people, you open yourself up to a whole new set of problems.

But we already know that. We know that when we have a daughter, while we may hope she pursues her PhD and develops the cure for cancer, there is every possibility in the world she could end up addicted to crack and pregnant at 16. But the chance of good coming out of that new relationship is deemed to be worth the risk, so lots of us end up having kids.

So I think the reason we are reluctant to pursue a relationship with someone who is economically poor, say, is we don’t see the possibility for value. We don’t see what they can add to our life that makes the risk worth it.

So can you tell me about one of your volunteers who has done it?

My friend Maggie was 20 when I spoke to her Presbyterian College Ministry at NC State. She was a Foreign Affairs major, and was looking at a career in diplomacy. Within weeks she was at our hospitality house, meeting people and sharing stories with them. And then it got cold, and then it snowed. And Maggie realized that the snow she had prayed for meant her friends would now shiver, and some of them could die. She later told me every night that winter she cried, because cold no longer meant an inconvenience to her, but something much more real.

And talk about your life being screwed up… She graduated NC State with that Foreign Affairs degree, but she isn’t a diplomat – she came on board as our operations manager last summer, and now spends her whole day building friendships with people who live outside.

Though I don’t expect you to speak for your friends, what do you think folks in Raleigh who live outdoors would want our RLC audience to know about them and their lives?

I once told one of my friends that lives outside that I was talking to a church that wanted to help the homeless.

The things my friends want you to know is that they have a name, an opinion, a history, dreams, hopes, children, family, preferences and agency. They don’t need your pity, but they do need your friendship. Like many people who have been damaged, trusting people is hard for them, but the effort to get to know them is usually worth it.

Because the Church has often failed in our relationships—or lack thereof!—with folks who live outdoors, how do you see that we can learn & grow? 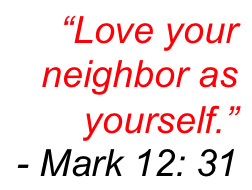 The church frustrates me. I was once asked by a wealthy church what they could do to help end homelessness. I looked around and saw the thousands of square feet that lie empty every night, the dozens of toilets, the showers in the family life center, the full industrial kitchen and wanted to say, “It is a two step plan.  1) Read the Gospels. 2) Take it seriously.” I wanted to say that. But I didn’t.

The church wants to work n the homeless problem, but before they can take that on, I think they need to deal with their “Not taking Jesus seriously” problem.

You shared here on RLC about an incident this past year where you were threatened with arrest if you continued to distribute food. What’s come of that?

Because the story was so widely reported, the city received a ton of unwanted attention, which brought a lot of pressure to bear. As a result, the council commissioned a task force to deal with it, and the end result is that now the City of Raleigh is paying for a 3500 square foot building, heated in the winter, with bathrooms and tables and chairs for us and groups like us to use to distribute food, free of charge. And the irony is, it is less than 50 yards from the place I was almost arrested for sharing food in the first place.

But more important is that for the first time in the seven years I have been here, the City recognizes it has a homeless problem and is willing to spend money on it. That is huge, and worth any amount of frustration on my part with being threatened with arrest.