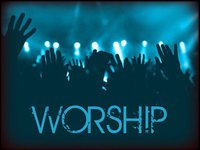 Here in the suburban South, new churches sometimes seem like a dime a dozen with many church plants meeting anywhere from shopping centers and warehouse buildings to schools and homes. Often these pastors sport jeans, a polo and maybe even some converses – just for good measure. The lights are bright, the PowerPoints twist and twirl, and a coffee bar greets you at the front door.

Some media outlets have also caught onto the trend, describing pastors like Mark Driscoll of Mars Hill Church “hip” for donning distressed jeans. And while prominent evangelical church pastor’s like Rick Warren and, Atlanta favorite, Andy Stanley may not quite meet the criteria for “hip”, their services look more like a concert for the latest vest-adorned rock band than your grandmother’s choir.

Some call it a way to reimagine church. And there is no doubt that evangelical’s willingness to experiment with everything from worship to marketing can be beneficial. But, while some are convinced that this kind of service is the means to attracting today’s generations to the pulpit, this Millennial couldn’t disagree more.

Sure they had me at first. I had fantastical visions of going to church in jeans and a t-shirt. It felt like an attempt to shed the “old” ways of the baby boomers and finally find a comfy place to lay my tush in church (because who ever thought pews were comfortable anyway?). But as soon as the initial excitement of electric guitars and flashy lights started to fade, I quickly realized that, like finding a sheep in wolves clothing, they had hidden the same old post-seventies, right-wing hijacked reinterpretation of Christianity behind converses and a V-neck. There I was, sans-heels, listening to the same thing I had grown up with. I guess even the isolating tendencies of gender essentialism and white privilege can seem cool in a shiny new package.

And that was when I disengaged. I couldn’t keep disguising the cringes my body had in church as it revolted against notions of how women are naturally more emotional and nurturing than men or those white-privilege-filled, individualistic stories about overcoming adversity that never deal with the reality of structural constraints on people’s lives. I couldn’t keep raising un-callused, inactionary hands in praise of a God who seemed to care more about materialism and capitalist theories on proper marketing methods than the poor, the oppressed, the widow and the orphan. The same God, of course, who seemed to also prefer his followers combat the most segregated hour of the week with assertions that “All people are God’s people” instead of demanding that his followers change and educated themselves first to combat racial and economic inequality inside and outside their buildings.

With time I would learn that all of Christianity is not filled with hypocrites, and even the worst of the hypocrites are no more imperfect than I am. But the fact that I still have to reckon daily with comments like Mark Driscoll’s now infamous gender essentialism, churches across my regions failure to actively engage in the reality of racial injustice and a slew of hipster Pharisees coopting my generation in a version of Christianity so divorced from the gospel of Jesus Christ that even laser displays and Twitter can’t hide their hypocrisy, is more than a little disconcerting to a Millennial who really thought we knew better.

—-
Erin Echols is an Atlanta native and graduate student in Sociology with special interest in racial inequality. You can find her online or on Twitter.