As Women’s History Month draws to a close, I wanted to take a moment to honor the women—past and present—who shape every corner of our lives.

With incredible grace, righteous anger, and prophetic wisdom, women continue to lead us into a deeper understanding of ourselves, our communities, and of God. But throughout creation, women’s voices, contributions, and achievements have been silenced and ignored—whitewashed and mansplained away in both church and society. And yet, women persist.

As the new Editor & Content Coordinator of Red Letter Christians, I have the profound honor of engaging some of the best thought leaders, movement makers, and servants of God. I asked some of our dear friends in the RLC Network to share about the Christian women who have inspired them to follow in the Way of Jesus.

Here’s what they had to say about the great cloud of witnesses who surround them: 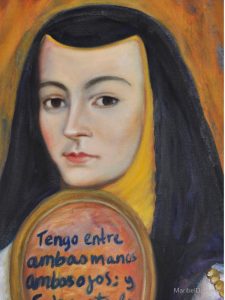 Sor Juana Inez de la Cruz—a nun, poet, and feminist Mexicana—illustrated to me the way to own both indigeneity and Spanish lineage, to speak out by writing it out as a woman even in oppressive faith spaces, and illustrated the beauty of language in her prose. She reminds me always of the power of women in faith spaces—and the ability to connect to a radical and feminist (mujerista likely, if she had possessed the language for it) expression of the Way of Jesus. —Teresa Pasquale Mateus 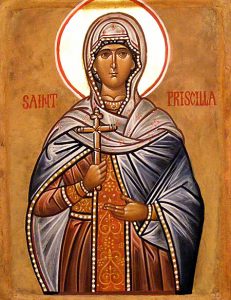 Though little is known about her, Priscilla was one of the first women I was able to look to and understand that I could be a leader within the Christian faith. The few mentions of her in scripture shine light on a woman whose faith met her intellect as she mentored notable leaders and teachers within the early church. I feel a kinship with this great woman who gave me an example of what it meant to be so good at what you do that the patriarchy present in your world can’t deny your gifts and has to hold you in a position of honor (despite ministry not being your full-time job). —Alicia Crosby 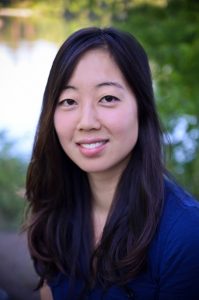 Jenny Yang, with whom I worked at World Relief, has inspired and challenged me and many others to a deep moral conviction to stand with refugees and immigrants. With professional excellence and a winsome spirit, Jenny has emerged as an apostle on behalf of the world’s 60 million displaced and a prophet to the church whom God has called to welcome them (the strangers among us) with love and care. Jenny will be representing RLC at Eastern University’s “Windows on the World” series on September 8th. —Don Golden 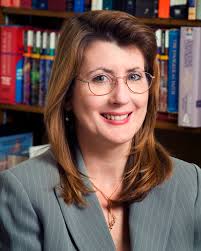 Rev. Dr. Cynthia Rigby was my theology professor at Austin Presbyterian Theological Seminary. I was coming from a Bible college with the knowledge that fundamentalist, dispensationalist theology wasn’t working for me. Dr. Rigby helped me to deconstruct my understandings and construct a more life-giving faith. —Carol Howard Merritt 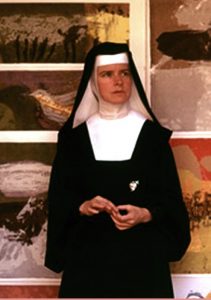 Corita Kent (1918–1986) was an artist, educator, and advocate for social justice. At age 18, she entered the religious order Immaculate Heart of Mary, eventually teaching in and then heading up the art department at Immaculate Heart College. Her work evolved from figurative and religious to incorporating advertising images and slogans, popular song lyrics, biblical verses, and literature. Throughout the ‘60s, her work became increasingly political, urging viewers to consider poverty, racism, and injustice. Sr. Corita designed the first LOVE stamp for the USPS, and when they held the opening ceremonies on the set of the 1970s sitcom set of The Love Boat, she refused to attend since that’s not what love is. BOOM! —Margot Starbuck

Join in the conversation. Take a moment to reflect on the Christian women who’ve shaped your journey and then share your thoughts below.