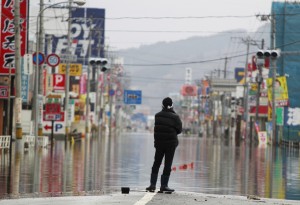 I’m not one of these people who thinks doctrine isn’t important. I think it’s incredibly important. I think part of the huge popularity of the New Reformed movement is that this movement thinks doctrine is important too. What I share in common with the Neo Calvinists is a passion to not simply reflect (or be “relevant” to) larger culture (and I would add, nor live in reaction to church culture from which you may have come.) In the sea of self-help-Oprahesque-pop-psychology-blab-and-grab-“preaching”, the New Calvinism offers an alternative with teeth. They take Scripture seriously, they preach what many Christians seeks to air-brush-out or do cosmetic surgery to –the horrific centre of our faith– the cross.

[As I’ve written elsewhere I have very serious problems with removing the scandal of the cross by preaching in a way that leaves God the Father looking different in nature from God the Son.( i.e. a sub-Trinitarian unorthodox understanding of the atonement.) I’m also deeply suspicious of theologies that leave the resurrection as an incidental after thought or a box of belief to be ticked instead of the only reason we consider the cross to be of any importance at all. But we’ll leave that for another article.]

Alternatives to our society addicted to death and churches who deliver death dealing legalism is something my charismatic/anabaptist influenced self wants to shout “amen” to. But it is no surprise that because my biggest influences aren’t John Piper [but John H. Yoder] and D.A. Carson [but N.T. Wright], I come to some very different conclusions about the shape of that alternative. That said, I am thankful for sisters and brothers, like one new friend who is a young leader in the New Calvinist movement in Australia who has the courage to love through our differences. Together I pray we can model how to bless, encourage and seek to surrender to Christ together while seeking to speak the truth in love when we disagree. Both of us knowing, if it isn’t true it isn’t loving, and if it isn’t loving it’s not true. Despite differences, it is only together that we can respond to Jesus’ prayer, in the words of John’s Gospel: “that they may all be one. As you, Father, are in me and I am in you, may they also be in us, so that the world may believe that you have sent me.” Sadly this has been very absent from much of the discussion.

As important as these differences are (and I think these are very important discussions and I’m thankful for some of the sane contributions I’ve seen from Richard Mouw, Scot McKnight, David Fitch, Greg Boyd, Eugene Peterson, Mark Galli… and that’s just naming responses from the white American men that people have sent me), I don’t want to talk about them in this article.

Over 10, 000 people are excepted to die as a result of the earthquake in Japan while smug prideful tweets from both camps fly back and forward.

10, 000 will only be number until we allow ourselves to lament.

In sharing in God’s grief this number is transformed into precious lives.

Maybe it’s easier to argue online that it is to get on our knees and experience the blessing of mourning for a world so broken.

Maybe we secretly hope our arguments will protect us from taking up our cross and following Jesus into the pain of our world.

Maybe the numbness we think protects us from overwhelming grief in fact just keeps us from God’s empowering compassion. The word compassion comes from the latin, meaning; to suffer with. Our God is a God that is not far off but in Jesus has suffered with us, and for us, so we, by grace, can be compassionate as the Triune God is compassionate and enter into the suffering of our world.

Unlike the cheap speculations and accusations on twitter, to love those suffering in Japan, in Libya, in New Zealand, in Haiti, in Bahrain, in Yemen, in Australia, in Pakistan, and those sufferings elsewhere and everywhere (including not far from us in our own cities) will costs us. Grace is free yet it cost God everything. And to witness to God’s grace always means denying ourselves and taking up our cross. As our community said together tonight in evening prayer, “Lord set our hearts to sing your praise and our bodies to do your will.” Theology is not only about what we think, it’s about how we live. And by grace, God’s Holy Spirit empowers us to live Christ’s Calvary-shaped love to our broken world.

I haven’t had a chance to read Love Wins yet, I still want to hold out hope that Rob Bell will creatively, movingly and lovingly defend with strong exegesis a biblical understanding of “the New Heavens and New Earth” in the light of God’s very nature and glory being revealed scandalously in the crucified and risen Christ. (Yes, I’m increasingly aware this might not be the book I’m looking for… I’ll stick with N.T. Wright). I did catch one journalist ask Rob Bell regarding Japan “Which of these are true, either God is all powerful but does not care about the people of Japan and therefore they are suffering, or He does care about the about the people of Japan but he’s not all powerful?”

How would you answer?

The danger of the question (and our answers) is that instead of “care” and “power” being redefined in the cross and expressed in concrete concern for our neighbour, we too could get caught in abstract speculation. Hearing heart-wrenching updates from Japan I have thought of a quote from that amazing Japanese Christian author Shusaku Endo in his book Silence;

“Sin is for one man to walk brutally over the life of another and to be quite oblivious of the wounds he has left behind.”

How much of our conversations has this quote encapsulated while our sisters and brothers suffer? I offer this final meditation on the cross from a new book to remind us where our definitions of “love” and “power” are redefined. All the time, but especially at times like this, it’s at the cross we become sensitised to the suffering of God in the suffering of others. I do this in the hope to change the conversation and to hear God’s call to compassion;

Wrenching against his tearing flesh to raise his chest for air, the breath that created the world now gasps under the brutality of good creation corrupted. Crowned only with the thorns of our shame, dressed only in the dignity that could not be gambled away, this strange naked flame burns alone on this desert bush between two failed revolutionaries.

As deep calls to deep, so Eloi cries to Eloi, “lama sabachthani!” into the darkening silence of the sky. Piercing doubt sung out faithfully in the pain-riddled poetry of 22nd Psalm, hope and horror wrestle in the excruciating cries of a suffering God. Out of the same lamenting lips Jesus calls from the misery of our slavery and cries simultaneously God‘s scandalous response. The Presence is only felt in the ground-shaking Absence.

Flowing from the true Temple‘s hands, feet and side is the defeat of evil, end of exile, the forgiveness of sins, the shekinah glory that will flood the earth with the Presence of peace. Women weep from a distance as God is in Christ reconciling the world to himself. Yet it seems that God is dead to God. How strange a coronation that crowns the returning King with crucifixion, announcing that the Meek One has inherited the earth and reigns not with a sword but as the Suffering Servant of all.

Why did Jesus cry out ―My God, my God, why have you forsaken me? Such questions are best asked from awe-filled silence of contemplation from where we can see why the centurion in terrified wonder would whisper the words, ― “surely, this man was the Son of God.”

If you are looking for a practical way to respond, here is one: http://bit.ly/eP22at