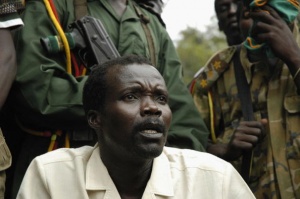 “Nothing is more powerful than an idea whose time has come.”

So begins the Invisible Children’s KONY 2012 video that recently went viral. And yet, I would perhaps change this opening quote to say something like, “Nothing is more powerful than the stories by which we construct our identities, ” because these stories determine who you believe you are and how you believe you can engage in the world and with others.

Powerful. Potentially dangerous. Always in some way failing in it’s accuracy and exclusive to someone else. Even with our best intentions.

March 8 was International Women’s Day. I can’t believe I missed it. Mostly, I was consumed with all the media coverage around KONY 2012, the new campaign (but not new issue) by Invisible Children. Luckily, I happen to think women, local or global should be celebrated everyday.

So it’s still International Women’s day in my mind. In honor of that I want to introduce you to a beautiful, eloquent and thoughtful young Ugandan woman by the name of Rosebell Kagumire. She is a multimedia journalist covering peace and conflict issues in East Africa who recently offered a response from “the ground” about the Kony 2012 campaign.

“How you tell the stories of Africans is much more important on what the story is actually. Because if you are showing me as voiceless, as hopeless, you have no space telling my story, you shouldn’t be telling my story if you don’t believe that I also have the power to change what is going on. And this video [KONY 2012] seems to say that the power lies in America and it does not lie with my government. It does not lie with local initiatives on the ground. That aspect is lacking and this is the problem. It is furthering that narrative about Africans, totally unable to help themselves and needing outside help all the time.”

I listen to Kagumire and immediately long for more strong voices of passionate women to speak out and be heard from the spaces and regions of which western media sources so easily construct narratives. Rosabell not only comments on her views of Kony, but also shares a deeply significant and all too often missed point about how we create narratives of “others.”

The country of Africa, oops, I mean “continent, ” is no stranger to half-truth constructions and mythological tellings of its life and people. In a similar way, the shaping of humanitarian aid narratives (for-profit or not) in the West  (specifically America) has a recognizable, albeit perhaps unintended, thread woven through an age-old history of conquering, healing, saving and helping Africa — basically bringing “Light” by Bible, food, shoes (glittery ones even), or sword when necessary, to the “Dark Continent.”

I think what people forget is that we construct stories in multiple ways, yes with words, but also through visuals, (photographs especially) sounds, how we market, promote, basically communicate our beliefs and ideas, and by whom we recognize or invite to be conversation partners. Each of our stories lends itself to creating or re-creating particular perspectives and views of other people and in sharing segments of our own narratives and our perceived role in the world.

It can difficult to recognize or remember that the culture and people of whom you are historically a part already embeds within you an ongoing narrative about what it means to engage the world and others. What we really forget is that there already exits a master narrative (it’s Western-European by the way) constructed through histories of colonialism, economic, environmental, and physical violence, and racial classification.

The “lesser narratives” — the stories, folktales, and oral traditions of non-western Europeans — continually fight to be heard, recognized, and valued for meaning, truth and power in and by themselves, regardless of the overarching master narrative.

This is basically what I see playing out in the Kagumire’s video response to the KONY 2012 video.

We also forget the importance of actually being invited to tell another person/people’s story. When we jump in with our own version of other people’s realities and how we think their stories should end, we are, as Kagumire put it, suggesting the other people are “voiceless and hopeless, ” unable to tell their own stories and to give meaning to their own existence.

We are also playing right into a personal narrative that suggests we have the knowledge, power and right to save others and to know what is best for others. This is foolish and patronizing at best; dangerous at worst.

I’m not vehemently condemning Invisible Children or their campaign. I am simply reminding us that we create and tell stories in multiple ways, and of the power of stories and narrative construction to shape our imagination and our actions.

—-
Enuma Okoro (M.Div) was born in NYC but reared in four countries on three continents. A writer, speaker, consultant, and retreat / workshop leader, she writes for abc Good Morning America, The Huffington Post, Sojourners, Christianity Today and others.  Okoro is the former director of the Center for Theological Writing at Duke University Divinity School, of which she is a graduate.

Her spiritual memoir,  Reluctant Pilgrim: A Moody, Somewhat Self-Indulgent, Introvert’s Search for Spiritual Community was released in September 2010. She is also co-author with  Shane Claiborne and Jonathan Wilson-Hartgrove, of Common Prayer: A Liturgy for Ordinary Radicals. When she’s not writing she can be found with a cup of coffee or a glass of wine in hand, depending on the time of day. Visit Enuma at www.enumaokoro.com

This Blog Post is Provided via our Partnership with Sojourners