When I asked Rev. Dr. Brenda Salter McNeil who the first speaker was that she ever heard preach about racial reconciliation, she named Tony Campolo—when she was a Fuller Seminary student in the early 1980s. Today, the name thousands of young adults would give to the same question is Brenda Salter McNeil.  Dr. Salter McNeil, president and founder of Salter McNeil and Associates, is an author, speaker and thought-leader with over 25 years of ministry experience in the field of racial, ethnic and gender reconciliation.

Today I’m chatting with Dr. Salter McNeil about her own journey and ministry of reconciliation. And next Monday we’ll dig into practical tips for reconcilers.

Where did you grow up, and how you experiences race as a child?

I grew up in Trenton, New Jersey. I am the second of four children. Both my mother and father are in many ways self-made leaders in our community. My father worked for the City of Trenton for City Hall in various capacities, but in health education and welfare. My mother was the first director of the senior citizens recourse center in Trenton. So, they were very good people and very self-made people but they did not go to college.

I grew up in what was called South Trenton. South Trenton was a working poor community, but African-Americans, Hispanics, and also immigrant people, Hungarian, Irish, Polish, so it was a working class multiethnic neighborhood for a long time. There was definitely a sense of a racial tension there that grew as whites moved out of the neighborhood as they were able to be more socially and economically mobile and the community became predominately black and Hispanic.

But because I was in high school in the early 70s, right after the ’67 death of Dr. King, that kind of racial climate was still in the air for me when I was a teenager and it was palpable.

Did your folks talk about it?  Did they give you language?  What was that like in your home?  How was it discussed?

Yes, they talked about it quite often—what psychologists’ call racial socialization: where black kids are given messages about being safe and having a sense of dignity and pride about yourself and striving to be excellent. So, be safe. Be safe is when you are going to the store, don’t touch anything. Again, white kids are not given that same message growing up. They can run into the store and touch things and look at books and admire it and hold it in your hands and that kind of stuff. Growing up for me, that would be an absolute no-no. Do not touch anything. One—because  if you break it, my mom couldn’t afford it and secondly, you do not want to be accused of stealing.

Secondly, being safe is: when the police come, you do not run. If you see trouble, you go the opposite direction. You are not curious. You do not put your hands in your pockets. You do not ask questions. If you get stopped when you are driving a car, you do not talk back.

Those kind of messages that say: you can be accused, like the Trayvon Martin case. Now, today I am sure there are parents who tell their kids, “You can’t put a hoodie on your head.”

Was there a particular experience in your life that really gave you a passion for reconciliation or was it more of a gradual journey for you?

It was when I was a senior in high school and I got a summer job in Pennington, New Jersey, which is a very wealthy affluent rural community that borders Trenton.

A very, very dear Jewish woman and her friends started a summer reading and recreation program. She and her friends made it possible for these city kids to spend their summer coming to Pennington and having half of a day reading, but also being able to ride horses and play tennis and do things that many inner city kids just would never get to do.

She hired 12 counselors. Six were from Trenton and six were from Pennington: which basically meant 6 white counselors and 6 black counselors. There was great tension between these counselors. Mrs. Katz realized that if she did not do something quickly, this program was in jeopardy because the counselors were so divided. She arranged for an outward bounds program to take us on a weekend camping trip because she had heard that if you took people away to have to survive together, it would cause them to begin to decrease their hostility. It was horrible and I hated every second of it!

The turning point for me was when we had to climb a rock and I could not get over it. I did not have the proper gear. I did not have the right kind of hiking shoes. I did not have gloves on my hands. I was beginning to slip down this rock because I could not get a grip.  At some point, I saw a hand reach down from the top of the rock and it was a white guy. He did not say one word. He just reached down for me. I reached up. He grabbed my hand and he pulled me to the top. I just kept trying to hold his hand.

It was her son, Danny Katz.

Our eyes met when I got to the top of that rock. In that moment, I did not say anything to him. He did not say anything to me, but something in my heart changed. I could not see him as just a white guy anymore. He became human. I felt cared for myself from him and it began to make me question some of the messages society makes you believe. I think my heart for reconciliation started in that moment. I just did not know it.

I was a student at Fuller Seminary. He came and just blew the socks off of us in chapel that day. He talked about attending a black church and talked about justice and basically challenged us to get involved and challenged to us to become active and advocate and engage and be cross cultural and commit ourselves to the city.

He not only preached about it, he had stories he told that came out of his own life experiences. When he talked about being part of preaching at a black church, you could tell that these were real stories and so he called us to be cross cultural by both his words and his example. He just preached his face off!  It was amazing to me. I still have the tape. Back then it was a tape and I still have it. 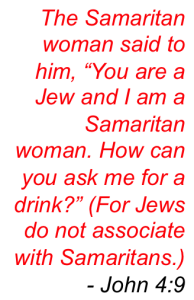 I do not think I understood how deep of an impression it made on three levels. Outstanding preaching and communication skills held us in the palm of his hand and as a seminarian who was called to preach, just to have that kind of preaching mentor in front of me was incredible. For this person not to be my same racial and ethnic background, but then to tell stories from my experience and experiences from the Philippines and from other places, just was calling me to be global and cross-cultural and to be theologically and biblically passionate. I was moved and it marked me for the kingdom and for the work I am doing today.

Since then, who has mentored you in this work of reconciliation?

If I had two bookend mentors, on one end would be Tony Campolo. And it is true—I am not saying it just because I am doing the interview for his blog! It is just plain truth.

The other end of the bookend for me would be John Perkins because what John Perkins did for me was that he had communities of reconciliation where people would literally commit themselves around the concept of reconciliation, of living together, for the good of making social change. So, the Harambee Center in Pasadena, California was a place that I saw this modeled and lived out.

So, Dr. Perkins taught on the woman at the well and he was the very first person I heard deal with that text from a cultural and sociological perspective. I had always heard the woman at the well preached as an evangelistic text about a woman who had a sinful lifestyle and therefore needed to be saved. I am sure that is there, but Perkins looked at what it meant for her to be a woman and what it meant to her to be a Samaritan—the cultural and social implications of the text.

So where do you see these communities of reconciliation today?

I would say that I think there are pockets of reconciliation often around the CCDA model. The Christian Community Development Association is where people have made commitments to local communities and it is cross-cultural in nature. It is also socioeconomically diverse and biblically based. They are trying to live out the gospel in their context. That is a model that I think is being implemented in a way that I can point to and say, “I have seen it and I have experienced it and I have trusted what comes out of it.”  The fruit that comes out of it, especially the leaders that are produced, who carry on the ministry and then return to communities with the heart to plant something similar.