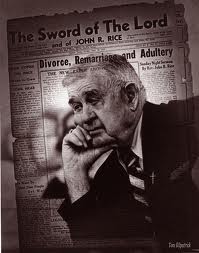 On Tuesday afternoon, October 4, 2011, my sister Faith called from Chattanooga and said, “Mom’s gone.” I heard a rushing sound in my ears and my heart thumped and I said the most profound thing I could think of, which was, “Oh my.” Then I leaned against the wall as Faith told me the details — our 86-year-old Mom was walking down the hall when she just fell down and was gone that fast, likely it was her heart that gave out—and Faith and I cried together for a minute before she hung up to call our siblings.

I had a concrete mixer full of contradictory emotions. Deep sadness, compassion for my sister who had cared for my mom and bore the brunt of her sickness and old age, and genuine relief that Mom’s struggle was over.  Most of my life I’ve had a challenging relationship with my mom, and I never knew quite what to do with her.

She could be funny and charming one minute and aggressively opinionated and insensitive the next. On one memorable occasion, my fundamentalist mom decided that my vegetarian daughter was disobeying the will of God by refusing to eat meat, so she pulled out her Bible to quote verse after verse, beginning with the story of Cain and Abel, purporting to show that God loved meat eaters and expected every human to eschew vegetarianism.

Mom sometimes seemed sad or depressed, yet rarely allowed her deepest feelings to show.  When first married, she had claimed she wanted an even dozen children of her own, and she went on to have five children altogether. She had many friends whom she loved and who loved her, yet she had difficulty creating warm and affectionate relationships with her own children and grandchildren. So over my whole life she’s been a mystery to me. Only within the past few years have I begun to gain some insight into what made her tick—and to see her in a more compassionate light.

My favorite photo of Mom is one I found used as an illustration in a book written and published in 1940 by my famous fundamentalist granddad, John R. Rice. The book is titled Bobbed Hair, Bossy Wives, and Women Preachers, and for better or worse it is probably the most well-known of his several dozen books and pamphlets. If you only knew him through this book you might think of him as somewhat crotchety or misogynistic towards women. In reality, however, he was surrounded by women whom he adored—his wife and six daughters—and who loved and cherished him in their turn. In the book, a photo of my beautiful, smiling mom—at the age of 14—is used to illustrate the proper hair length and style for God-fearing fundamentalist females: waist-long, uncut, braided, and piled atop her head. That was still her hair length and style when she died at the age of 86.

She had a delightful and funny side. When she was younger she loved to play games and sports of all kinds—tennis, softball, skating, bowling, and volleyball.  At the age of 70 she challenged me to a yoyo contest and then asked me to give her a juggling lesson.

But she also carried a deep sadness. I sometimes found her sitting by herself with an expression of unutterable sorrow or exhaustion on her face. When I asked her what she was thinking she would just say, “Oh, nothing.”  Behind her silence, however, lay some painful secrets from her past that helped to explain her present sadness. To hear her stories of distress, I had to encourage her to speak and then listen deeply.

I was born in Wheaton, Illinois, but when I was six months old our family moved to Kansas. There, my dad was the pastor of a string of poor, small-town Baptist churches. My dad’s salary was way less than needed to support his family of six, and the church-folk on occasional Sunday evenings supplemented our income by contributing a box of canned goods for the pastor’s family. At one point we had no money to pay the water bill. My mom was so ashamed of our poverty that she waited until dark, crept next door, and filled a bucket with water from the spigot on the side of our neighbors’ house.

Two years ago at Christmas we were reminiscing about the hardships of those Kansas days when my mom suddenly told a story she had never shared before.  Less than 18 months after we moved to Kansas, Mom gave birth to my little brother John. She was still in her 20s but already had four children, the oldest of whom was under the age of six. “Then I was pregnant again with my fifth baby, ” said my mom. “I was sick a great deal for the first four months, but I so wanted to have that baby. And then one night I lost it. The baby was stillborn. We had no money to pay for a doctor to come or for me to go to a hospital, and no money for a grave. So I wrapped that little body in a blanket and gave it to your father.”

My dad, she told me with tears coursing down her face, took the baby out into the backyard and buried it in a makeshift grave next to our ramshackle garage.

Our family soon moved back to Wheaton, Illinois, and through the next several years as I attended grade school my mom was often sick and confined to her bed. Years later I learned that she had three more miscarriages, spent months in bed trying to save her pregnancies, and then lost baby after baby.  The next several decades were full of hard work for others and little time for herself. In later life when my dad had Alzheimer’s she almost killed herself being his full-time caretaker.

The year after Dad’s death in 2002, my mom came to visit me in Seattle. The day she arrived I took her to a fundraising party for a nonprofit organization I volunteered for. At the party I introduced her to my friends Cambrea and Robin, a lesbian couple who had been in a committed relationship for over a decade. Robin had been trying to have a baby for years, and four months previously she had finally gotten pregnant. But earlier on the day she met my mom, Robin had a miscarriage. Robin and Cambrea were both devastated. The three women—Cambrea, Robin, and my mom—sat on the couch talking softly, holding hands and crying together.

I realize now that during that evening on the couch my mom wasn’t trying to save, judge, convince, condemn, or convert anyone. Instead, she was just a woman who understood suffering, who loved Robin and Cambrea and shared their loss and sorrow. And ever since, both Cambrea and Robin have felt a powerful bond with my mom.

That’s the image of Mom that I will carry with me for the rest of my life. She was a woman who bore up through terrible pain, who was damaged by that pain and lived through it. Her heart was broken by her losses. But her broken heart opened to learn a deep compassion and love for others.

At the end of her life, I know she was comforted by that love, and by the faith that carried her through the misfortunes of her life and gave her hope and joy in her darkest hours. I am convinced that along with the three heartbroken women sitting on that couch years ago, there was a fourth, unseen presence—Jesus, who had promised my mom, “I will never leave you nor forsake you.”

My mom would have expressed it in the words of her favorite gospel song:

Why should I feel discouraged, why should the shadows come?
Why should my heart be lonely, and long for heaven and home?
When Jesus is my portion, a constant friend is he.
His eye is on the sparrow, and I know he watches me.

—-
Andrew Himes is a Seattle writer, filmmaker, technologist, founder of the Voices Education Project, co-founder of Poets Against the War, and author of The Sword of the Lord: The Roots of Fundamentalism in an American Family. He is the grandson of John R. Rice, the prolific and influential 20th century dean of Christian fundamentalists, and the son, brother, nephew, and cousin of many more Baptist preachers. He is a co-founder of the Compassionate Action Network, and an Ambassador for the Charter for Compassion.