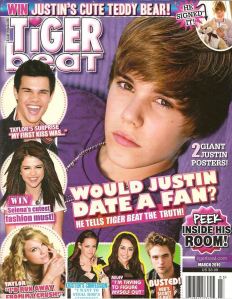 Turn on the radio and you’ll find yourself bathing in the cesspool that is popular music.

Whoa, slow down there cowboy! That’s a pretty harsh way to start, you can’t open with that!

Maybe you’re right. I suppose that lots of music on the radio is actually very good. But you have to admit that a good deal of it can hardly be called beautiful.

Yes, yes, you’re right on that one. But on the other hand beauty is in the eye of the beholder, and those songs you’re talking about tend to be very popular, hence why they are on the radio. Somebody must like them!

What do you mean?

Well, I wonder what makes a song beautiful, or creative. Surely much of what appears in the music charts cannot be said to be creative.

That opens up a big set of questions. What does it even mean to be creative?

Good question. I suppose for me the most obvious anchor point for defining “creativity” is God himself, specifically the creation story. Creation is a gift, created out of love for the recipients, and indeed love for the work itself.

By “recipient” I guess you mean humans, and by work you mean the world.

And the recipients are given a role in creation – as God’s image co-ruling over what has been made.

Right. Though this doesn’t mean destroying the creation, it means caring for it.

I don’t know that I have a good answer, and I am certainly not interested in slandering particular artists. There are however a few things I would point out.

We live in a world where consumption has escalated to an unprecedented level. Consumption is not bad, since we need to consume in order to survive, and this is noted in the creation story – God gives humanity a world which provides for their needs. But as we have seen in our world consumption can go too far, destroying both the source and the consumer. 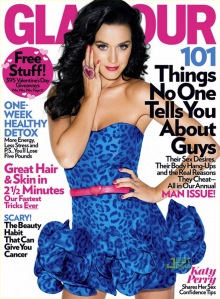 It seems with contemporary music, and indeed much modern art, that consumption has become the primary function. Songs, like other products, are pumped out from the music industry equivalent of an assembly line.

The resulting works are not created out of love, neither for the recipients nor the works themselves. In fact in creating works for others to consume the songs are demeaned and the recipients are dehumanized. The works are no longer gifts, they are products, and in this process they are bastardised.

I never thought about it like that. Now that you mention it though the content of many modern songs reflect this so-called “bastardisation”.

That’s right. Far from being written out of love and wanting to express the deepest yearnings of the human experience, a great deal of modern songs express shallow thoughts on self-centered experience and desire.

Not that it is wrong to express one’s desires and reflect on one’s experiences.

Not at all. Even the most mundane experiences make up the fabric of life, and the most profound reflections on life and beauty can come from them. However to express life consistently in self-centered terms, in a way that demeans both form and recipient is to stray from a beauty and creativity that goes beyond mere manufacture.

So the truest creativity is not merely the manufacture of a work, but is the creation of something that is a gift, and that expresses love for the recipient and the beauty of life. What about negative experiences, does creativity express those?

Of course. In fact it could be argued that suffering brings about the most creativity from human beings. Suffering causes us to change the way we see the world. We can express a new perspective on the world when we create from out of suffering, one that stems from (lost) love, self-sacrifice, injustice and new hope.

This is also why creativity is so powerful in igniting change in the world. It should come as no surprise that social movements and revolutions are usually accompanied by creativity. Those involved have the imagination to see the world a different way, and they create in order to help others awaken the same imagination.

In a funny way this is the beauty of Genesis as literature – it imagines a world in which there is one all-powerful God who is good, not evil, and who creates humans with dignity, not with shame. This is an alternative vision of the world to the Babylonians, for example, who believed in many gods that often acted in evil ways, and who made humans in order to do all the shameful jobs they would not. Genesis, as a creative piece of literature, helps its recipients imagine a different reality in which the world is not ordered hierarchically under evil, but rather is a work of beauty for all humans by a loving God.

That’s a pretty powerful way of seeing the world, and it says a lot about the power of creativity. It seems like creativity, at its best, can communicate something of the fullness of life, especially for those who are suffering. It can also express the harrowing reality of pain, reminding us that things are not as they should be, that there is a bigger picture.

That’s a good way of putting it. Not that this is the only way of seeing creativity, though this perspective is fairly critical of much of the modern music scene that has made a purely consumptive product of a beautiful gift, namely the ability to create in God’s image.

What is perhaps most sad is that much of the Western Church has become complicit in creativity that is merely consumptive.

Very true, though that is another conversation for another time.

—-
Matt Anslow is the National Young Adults Coordinator for TEAR Australia, an Australian movement of Christians responding to poverty, and is also working toward a PhD in New Testament theology. He blogs at life.remixed.net, and you can find him on Facebook and Twitter.