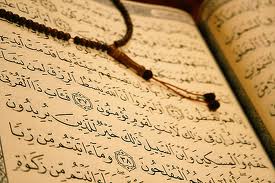 I will keep this short and to the point. I am a devout Christian and will stay that way. But, I am also exploring Islam and trying to learn how to live at peace with our Muslim brothers and sisters. I’ve been reading the Quran and Allah: A Christian Response and have come to a question.The Quran, divinely inspired?

I’m just wondering how I should treat the Quran and what you think about it.

I look forward to hearing your thoughts. Thanks for your ministry.

Here’s the R:
I’m so glad you’re reading Miroslav Volf’s book “Allah: A Christian Response.” On “divine inspiration, ” I recommend you read my book A New Kind of Christianity as a follow-up. There I talk in some detail about the assumptions we bring to a text when we use a term like “divinely inspired.”

This is a key difference between classic Christian faith and Islam. The Christian faith has affirmed the divine inspiration of the Bible, but that has never meant – among non-fundamentalist* Bible scholars – that the Bible is “dictated.” Inspiration is a far more complex and nuanced concept than dictation.

The Quran, in contrast, is widely believed to be divinely dictated. True, even this concept of divine origin doesn’t eliminate the complexities of interpretation, but it’s a very different concept.

I’m a Christian, so I affirm the inspiration of the Bible. If I were a Muslim, I would affirm the dictation of the Quran. In either case, though, I’d have to bring up the complex issue of interpretation. No text has any practical authority apart from interpretation, and so whoever interprets the text participates in its responsible use or irresponsible abuse.

*Speaking of abuse, I was on the Harold-Camping-Family-Radio site over the weekend (which, I notice, has by this morning purged all references to May 21 as the end of the world! A miracle?). I was intrigued to see that it claimed the Bible was divinely dictated … which was not unrelated to its claim that the Bible “guaranteed” that May 21 was the end of the world.

Part of what is emerging in both the Christian faith and Islam is a more mature and honest way of dealing with our founding texts. We might say there is a naive or pre-critical approach (stages 1 and 2 in terms of my book Naked Spirituality), then a critical approach (stage 3 in NS), and then a post-critical re-discovery of our texts (stage 4 – what some might call a second naivete). That’s why I can’t offer a simple yes or no to questions about inspiration of any text … It depends on whether you’re using the term “divinely inspired” in a pre-critical (stage 1-2), critical (stage 3), or post-critical (stage 4) way.

—
Brian McLaren is an author and speaker who’s new book is Naked Spirituality: A Life With God in 12 Simple Words