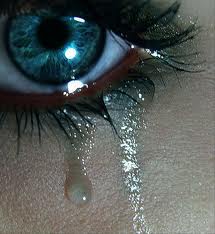 Several years ago, I was speaking at an event. It was a large secular audience, so I gave my mostly secular talk (you can see a version of that here).

In that talk, I mentioned I run a faith based organization. I also used the example of gay marriage as a way that relationships change how we feel about “the other”. That is really all I said about gay marriage, or homosexuality or really, anything about my own faith.

When I got finished with my talk, I made a beeline for the bathroom (nerves, you know). I’m standing at the sink, washing my hands when a guy walks in. He stands just inside the door and looks at me for a few long seconds, making me a bit uncomfortable. Finally, he walks over to me.

“But gay homeless people – you help them, right?”

“And you’re a Christian, right?”

He looks me dead in the eye and says “I did not know you could be Christian and help gay people”.

Over the next few minutes, standing in that bathroom, he tells me how his family has ostracized him because he came out to them. How they are very religious and because of them, he no longer wants anything to do with the church.

“I hate the church. After everything they have done to me and my friends, I can’t stand their hypocrisy and their self-righteous attitude.”

I told him I did not blame him a bit. He asked if he could hug me. I said yes.

In that bathroom, with tears in both our eyes, he hugs me and says thank you for being willing to help everybody, including gay people. He turns and walks for the door.

Hand on the door, he turns back and says “You know, it’s strange. I hate the church. You can’t pay me to go back there. But I really miss Jesus.”

Then he turned, pushed through the door and was gone.

I think about that guy a lot. When I catch flack for helping and loving everyone without preconditions, I remember him and the gift of his tears drying on my shirt as I walked out of that bathroom. And I remember that while he hated the church, he missed Jesus.

—-
Hugh Hollowell is an activist, a speaker and a Mennonite minister. He is the founder and director of Love Wins Ministries where he pastors a congregation made up largely of people who are homeless.