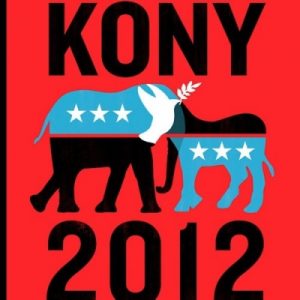 The viral video Kony 2012 has over 80 million hits on YouTube, and has become an internet phenomenon. The video is an artfully crafted and emotionally moving plea to stop Joseph Kony of the LRA, who is responsible for abducting and brutalizing children, turning them into child soldiers and sex slaves. The video itself, and its unprecedented viral spread, is breaking new ground for the power of social media to effect social and political change, and has sparked an international conversation — both around the atrocities of the LRA, and of the video itself.

Despite its noble cause, much of the discussion surrounding the video has been critical. Some have questioned the legitimacy of the organization behind it, Invisible Children, suggesting they had misused their finances. Others questioned the accuracy of the video, charging that it oversimplified the issue. Still others stressed that the solution should involve nonviolent means, rather than using military force to capture Kony (it is important to note that the video itself advocates Kony’s capture and trial in the International Criminal Court, not his execution or assassination). Invisible Children has responded to many of these criticisms in a statement on their website, and in this video.

Then came the responses of Ugandans and others directly affected. Some Ugandans, after viewing a local screening, expressed disappointment that the film was not told from their perspective, but through the eyes of a white American. Rosebell Kagumire, a Ugandan journalist, complained that the video gave the impression that Africans were powerless and dependent on American help.

It is understandable that Ugandans would not connect with the video in the same way as American viewers did. After all, the video is intended to mobilize American support, and thus appeals to that audience. Specifically, It is directed towards getting American youth to care about something on the other side of the world. It is of course important for us to listen to what those folks on the other side of the world have to say. We need to hear their perspectives, and learn how we can partner with them. However, the simple fact is, most of us had not even heard of Joseph Kony before this video, and the only reason that we are now hearing the voices of people like Rosebell Kagumire is because we watched the KONY 2012 video first.

In that sense, the video is already a success in that it has raised our awareness. Now that it has been brought into the national spotlight, we can begin to listen to the many voices of those affected whom we simply would not have heard before. They have been made visible to us.

This brings us to the question of our response: It’s true that any solutions ultimately need to be owned and directed by the people of the region. Surely, however, this should not mean that we in the West should simply shrug our shoulders and do nothing. These are international crimes, that call for our international solidarity and partnership, not apathy or superiority.

While it is good to be informed and critically engaged, many of the media’s criticisms, when further investigated, turn out to be grasping at straws. The rampant criticism seems to reveal more about the critics than it does about much else.

Why were people so eager to find fault with the video, and with the organization? Why were we so desperately looking to find something wrong, some scandal to uncover?

I suspect the real reason behind much of the criticism (and more to the point: why so many of us are attracted to that criticism) is because the raw hope and enthusiasm this video has raised threatens a lot of us. We tried hope before, and felt let down. Now we see a video directed to the hopes of American youth, and we want to say, “You kids have no idea how hard it is to change things!”

Change is indeed hard, but does that mean we need to shoot down hope any time we see it lift its head? The Kony 2012 video has raised some really big questions for us: Can we as individuals really make a difference? How much positive change can we realistically bring about? Most importantly: can we have hope without being naive and uninformed? What is the balance between that hope and healthy critical thinking?

These are all hard questions that defy simple answers. The reality is, change only comes with struggle, and it usually comes slowly. But it does come. Perhaps the real question is whether you and I will be a part of it.

—-
Derek Flood is the author of Healing the Gospel: A Radical Vision for Grace, Justice, and the Cross. He is a featured blogger for the Huffington Post, Sojourners, Red Letter Christians, and writes regularly at his website theRebelGod.com. A longtime voice in the post-conservative evangelical movement, Derek’s focus is on wrestling with questions of faith and doubt, violence in the Bible, relational theology, and understanding the cross from the perspective of grace and restorative justice.