This is part two of a five part series on Jesus and Nationalism. It reads as one fluid written sermon so you may want to read the . I hav

Earlier I had you turn to Luke chapter two which is the longest account we have in the bible of the birth of Jesus. Let’s read verse one together:

In those days Caesar Augustus issued a decree that a census should be taken of the entire Roman world. Luke 2.1 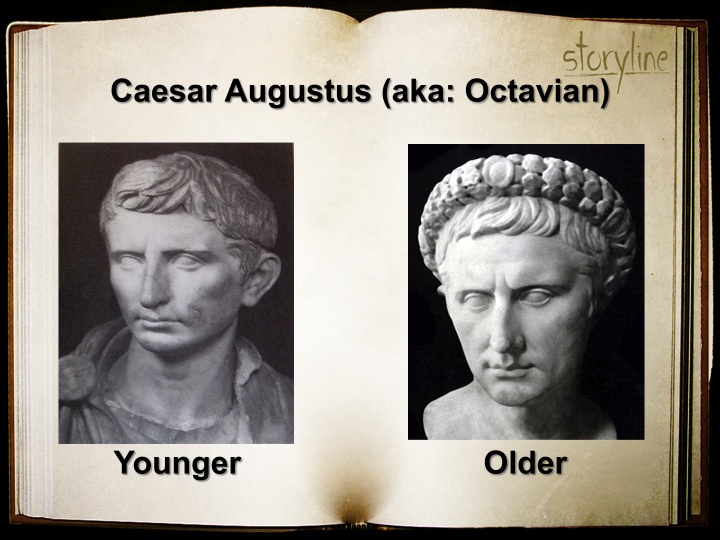 Let’s stop there and ask a few questions. First, who is Caesar Augustus? What makes this figure so important that he gets mentioned in the same narrative as the birth of Jesus? Second, why does this text mention the “Roman world?” How is this significant in regards to Jesus’ situation when he is born? Are these two references to Caesar and to Rome simply to mark a specific moment in history? Perhaps, Luke wants to give us clues about when Jesus was born? Based on the details in this chapter, it is quite easy to assume that this is his aim. But what if there is something more to Luke’s method of writing than simply marking dates. Maybe he is telling two stories at once: the story of Jesus’ birth and an underlying story of how Jesus related to the Roman Empire.

So, who was Caesar Augustus? We actually know quite a bit about Augustus from historical accounts. He became the ruler of the Roman Empire in 31 BC after the murder of his father Julius Caesar. He would be hailed as a hero who ushered in a time of peace after the strife of civil war. The themes that were proclaimed during his reign were those of freedom, justice, peace, and salvation. Whenever these ideas were announced to people, they were called “good news” or “gospel.” Augustus would be called the great “savior” who had brought prosperity to the people of the Roman Empire. At least to those who had power and prestige. 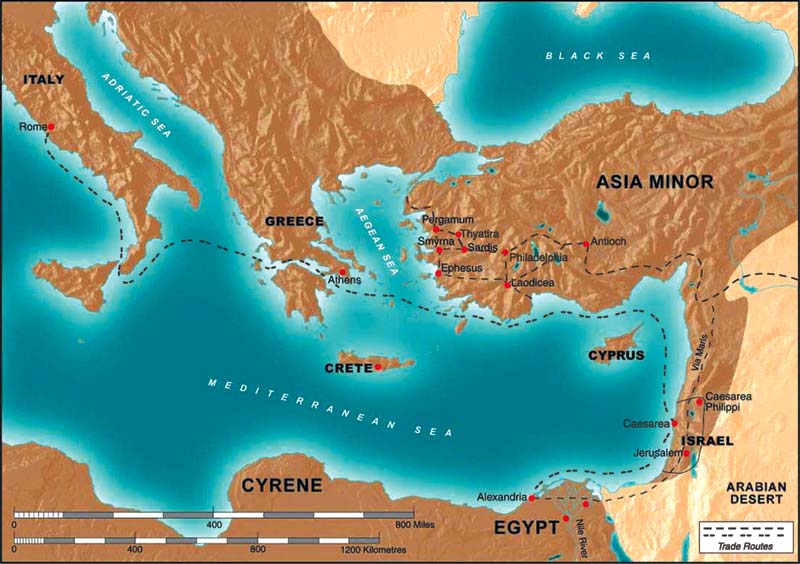 For an estimated ninety-seven percent of the empire, poverty was the byproduct of such prosperity. The masses of people in the Roman Empire were taxed unbearable amounts, which caused much poverty. Augustus made his capital city of Rome the priority for his social programs while he taxed the territories outside of Rome in excruciating numbers. For instance, he would give all the people in his Capitol city a monthly distribution of grain. This was a strategy to keep his residents loyal to his lordship. In order to accomplish this he had to tax those in the outer territories in large quantities. It would have taken between 200, 000 and 400, 000 tons of grain each year to feed the whole city of Rome. All of this grain is believed to have been imported. But if Rome is taking all this grain, what does the rest of the world eat? And how does the grain farmer make any kind of significant living? You may be thinking to yourself: If conditions were so bad for so many, couldn’t they have revolted? But you have to remember that Augustus controlled one of the most powerful armies in history. As we have already said, he was hailed as bringing peace to the empire, but this was maintained through fear. If you mess with Rome, you will get whipped out by our military. If you do what you are told, you will be able to survive. It was the old peace through strength mentality that kept the Roman Empire strong. 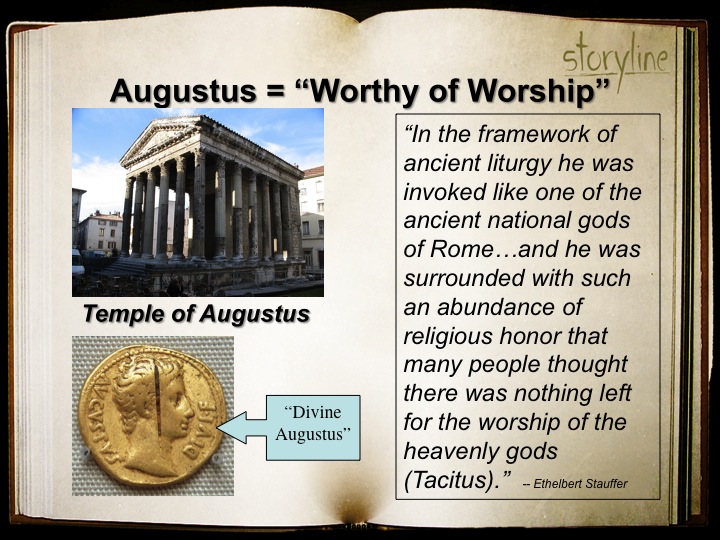 Besides maintaining stability through taxation and military threat, the Roman Empire also established an imperial religion. The name Augustus was one that was given to him by the Senate of Rome. Prior to this he had been called Octavius. Augustus literally means “worthy of worship.” And indeed he became the object of worship throughout the Empire. One scholar named Ethelbert Stauffer states: “In the framework of ancient liturgy he was invoked like one of the ancient national gods of Rome…and he was surrounded with such an abundance of religious honour that many people thought there was nothing left for the worship of the heavenly gods (Tacitus).”[1] Not only had he been declared “worthy of worship” but his father Julius was divinized after he died and this gave Augustus grounds for claiming the title: “son of god.”[2] There is an inscription that was written around 9 BC that gives us some insight to the way in which he was being hailed as more than a man: 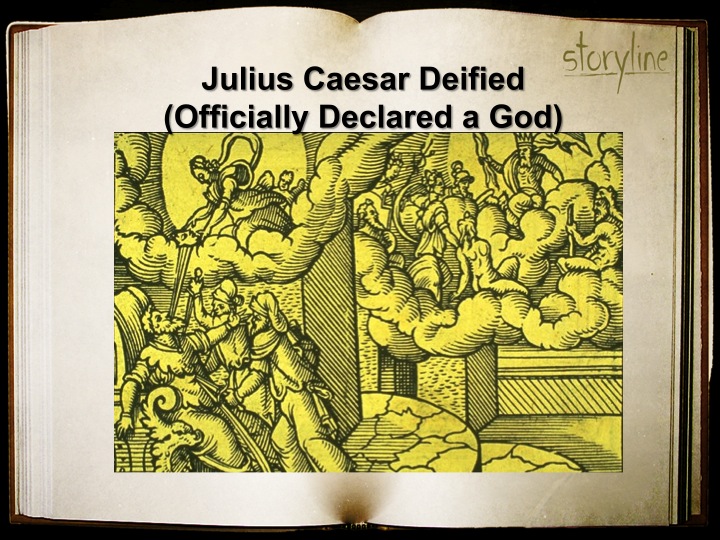 The most divine Caesar…we should consider equal to the Beginning of all things…; for when everything was falling [into disorder] and tending toward dissolution, he restored it once more and gave to the whole world a new aura; Caesar…the common good Fortune of all…the beginning of life and vitality….All the cities unanimously adopt the birthday of the divine Caesar as the new beginning of the year….Whereas Providence, which has regulated our whole existence…has brought our life to the climax of perfection in giving to us [the emperor] Augustus, whom it [Providence] filled with strength for the welfare of men, and who being sent to us and our descendants as Savior, has put an end to war and has set all things in order; and [whereas, ] having become [god] manifest (phaneis), Caesar has fulfilled all the hopes of earlier times …in surpassing all the benefactors who preceded him…, and whereas, finally, the birthday of the god [Augustus] has been for the whole world the beginning of good news (euangelion) concerning him [therefore let a new era begin from his birth]. (OGIS 2.#458)[3]

Not only was Augustus worshiped through inscribed poetic language, but he was also worshiped through statues and temples that were built in his honor, sacrifices, and the use of coins. Coins have been found from this time period that had the face of the Emperor with the inscription “Divine Caesar.”

THOUGHTS? WHAT ABOUT THE PARALLELS BETWEEN JESUS AND AUGUSTUS? ROMAN EMPIRE AND USA? LOOK FOR

—-
Kurt Willems is an Anabaptist writer and pastor who is preparing for church planting next year by finishing work towards a Master of Divinity degree at Fresno Pacific Biblical Seminary. He writes at: and is also on Twitter and