Editor’s Note: The following is Part 4 in a six-part series by Nikole Lim of stories painting juxtapositions of immense pain and tremendous hope in Rwanda. Read the Artist Statement, Part 1, Part 2, and Part 3

Over banana beer and fried plantains, we sat around a communal table—us and them. Together with both a victim and a perpetrator of genocide, it seemed impossible. My mind could not comprehend the juxtaposition I was seeing with my eyes—from betrayal into brotherhood, these men came. As they sat beside each other, I felt as if I were watching a live screen play of a fantastical story propagating the ideal picture of justice and reconciliation. But there was no fanfare of propaganda, no idealized sermon—just their painfully honest and vulnerable journey toward friendship. Their presence was humbling and their hearts, full of truth. Every detail of their innermost fears and failures came to life and I was left in awe.

In the various situations in my life, I’ve often asked myself this question: Which is easier—to forgive or to seek revenge? My human nature automatically errs toward seeking revenge—I’ve attempted to “punish” with silence or take away what I formerly gave as a way of protecting my broken heart. In desperation, I cling to what I know is “right.” It’s easier to identify with the victim, but to identify with the convicted? I’d rather not.

Animosity between Hutus and Tutsis wasn’t always there—it grew immensely during the colonial period. The two are very similar in that they speak the same language, live amongst each other in community and follow the same traditions. Appearance is the only difference—Tutsis are thinner and taller, perhaps, making them easier targets to identify.

When the Belgians colonized Rwanda in 1916, they made identity cards to classify the Rwandan’s according to their ethnicity. This was common practice among colonial administrators who believed that dividing a common people would create more unity, or political allegiance. The Belgians favored the Tutsis and gave them greater standing academically and professionally. Tutsis were placed in more authoritative positions in the government simply because they were traditionally landowners, appearing to be more “aristocratic.” But the ordained superiority of the Tutsis caused the Hutus to resent their friends and neighbors. For years, there were uprisings in violent clashes between the two ethnic groups—until the Hutu-extremists decided to systematically obliterate the Tutsis.

While some grow apart in hatred, others grow closer in love.

Charles (left) and François (right) were childhood neighbors and friends growing up. They played together, ate together, and visited with each other even into their adulthood.

On April 6, 1994, the president’s plane was shot down and the interahamwe instantly initiated their plan of attack to wipe out the existence of the Tutsis. Extremists inundated public radio waves with propaganda—preaching that all Hutus must reclaim the power that was stolen from them. They demeaned Tutsis by calling them “cockroaches” and brainwashed Hutus into avenging the blood of their deceased Hutu president. All Hutus were mandated to carry out their plan of attack—forced to slaughter their Tutsi friends, neighbors and extended family members. The oppressed became oppressors and victims became assassins.

François was one of them—responsible for murdering Charles’ parents and his young siblings.

After 100 days of bloodshed, the Rwandan Patriotic Front finally regained control of the country and Hutus fled. François went into hiding while Charles returned to regain his life after losing the majority of his family members. After two years in exile, François was captured and sent to prison as retribution for the violent crimes he committed.

To promote healing and reconciliation among Hutus and Tutsis, the Rwandan government invited perpetrators of genocide to come forward and confess. As a result, they would be freed to reintegrate into their communities and reconcile with their fellow neighbors. François desired to be freed not only from the physical chains, but the emotional chains that held him captive from finding healing. He waited in solitude for his name to be called—he so desperately wanted to confess. Finally, after eight years in prison, his name was called and his opportunity came. As François publicly admitted to the acts of atrocity he committed against his friends and neighbors, he could only think of Charles.

François was fearful of returning home, afraid to see Charles—for how could he? How could he ever confront him? How could he possibly overcome his guilt and find courage to apologize? He thought,

“I committed genocide. I would rather stay in prison than to see the eyes of whom I have committed crimes against.”

Returning to his home village, he felt that everyone’s eyes were on him—eyes full of bitter resentment and hatred. People he once held dear were angry and hurt. Friends he once trusted were betrayed by his actions. He felt judged by his community but on the inside, he was judging himself even more. 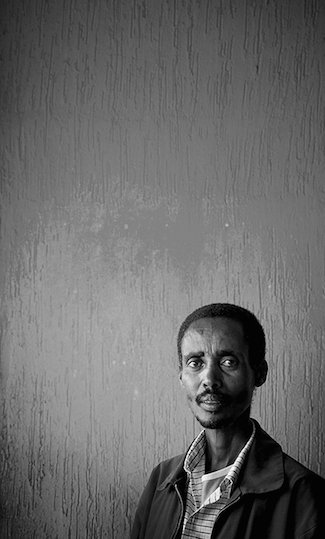 Walking down the road, Charles saw François for the first time after his release. He was not the same boy he played with growing up. François wouldn’t dare look into Charles’ eyes. But instead of ignoring an old friend, Charles extended his hand and said, “How are you?”

François was stunned. For him, this opened up the possibility of a mended relationship. It took eight years for François to muster up enough strength to even begin the process of reconciliation. Intent on seeking forgiveness from his community, and more importantly Charles, François attending a group that fostered reconciliation after genocide. There, he was able to reconcile his own feelings toward himself so that he could respond by seeking forgiveness for his crimes of violence. He couldn’t wait to see Charles again in hopeful anticipation that he would find the courage to finally ask for forgiveness. He waited to see Charles again at that week’s reconciliation group, but Charles wasn’t there. He wasn’t ready.

After some time, Charles invited François to his home.

“I went to his house and sat together with him. We talked about things like the weather and our children… I was scared to death, but knew that I must overcome my fear. I stood up to kneel—but Charles was confused at why I was kneeling. I told him that I would rather lay down on my face to express my authentic remorse for committed genocide against him. He kept telling me not to kneel, but I refused to move. I said, ‘Charles, your highness. I’m kneeling before you to ask for your forgiveness. Our relationship was sacred and I broke it—to be exact, I killed your family. Please forgive me. Please forgive me.’”

“When I learned he was sick, I went to visit him in the hospital—he was half dead. When I saw him near death, the feelings of regret, guilt and shame returned. He had no family around him because I killed them all during the genocide. So from them on, I took care of him for the three months he was in the hospital. Time was nothing to me—I spent eight years in prison doing nothing but being with Charles provided a great sense of peace for me.”

François sold everything he had to care for Charles and to pay for his emergency operation. When he was released from the hospital, he had no money left to bring him home and so he found a bicycle. He sat Charles on the bicycle and carefully pushed him all the way home—all 14 miles.

In gratitude for saving his life, Charles gave François a cow—the most valuable of possessions and the highest gift of honor in Rwandan culture. He wanted to bless François as a public symbol of true forgiveness. Traditionally, the receiver comes to the house of the giver to accept the gift so that the whole community can be a witness of their reconciliation. But François, too ashamed of his blood-stained hands, couldn’t receive. He could never forget the violent crimes he committed against Charles in the past. But for Charles, his gift was a symbol of untainted gratitude, forgiveness and friendship that transcended everything that had ever happened. Overwhelmed, François accepted and received so much more—the unbroken gift of healing.

The process toward healing and reconciliation took 16 years and the restored relationship is evident. As questions were being translated, François and Charles would converse amongst themselves—chuckling at each other’s jokes and reminiscing on their tense, but close friendship. A new question arose,

It’s often easier to stand on the outside and watch the convicted be put to shame, to point our fingers at the oppressors or to advocate the death sentence for those who “deserve it.” Yet, we are all convicted of betraying trust with those we love most, of committing violence with our impatient words or killing the joy, hope and dreams of the people around us. We discourage instead of encourage. We condemn instead of defend. We place burdens on shoulders instead of liberating souls. We break instead of restore. We dismember instead of remembering that we all inadvertently take part in oppressing each other and even ourselves.

“Forgiveness is difficult—if I haven’t seen him in three days, I start to miss him! It’s so difficult because we always have to be with each other. He means a lot to me.” 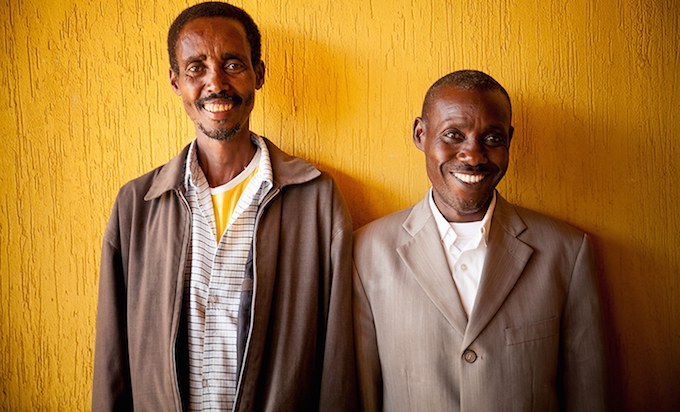 The retelling of their story brought us all together unity. Instead of segregating ourselves through accusations, perhaps we can all identify with both sides—both the oppressed and the oppressor. Instead of protecting our broken hearts, perhaps the possibility of healing is found in identifying with the convicted—where bitterness, hatred and disgust toward the killer is taken away by our shared humanity. The sword of revenge is taken from our hands allowing love, mercy and forgiveness to enter in. As Charles and François stood together, shoulder to shoulder, in friendship, in solidarity and in brotherhood, I realized that the only divide between the oppressed and the oppressor was the air in between.