Editor’s Note: The following is Part 3 in a six-part series by Nikole Lim of stories painting juxtapositions of immense pain and tremendous hope in Rwanda. You can read the Artist Statement here, Part 1 here, and Part 2 here.

I felt the ground crumbling from beneath me and so I clung to silence. Still, the sound of death was there. I tried to drown out the haunting screams echoing in my brain with my breath—but the rising and falling of my chest exhausted my efforts. In remembering those suffocated by inhumanity, I felt guilty for breathing in the sweet scent of life. Here, memories of death are inescapable in a country that holds so much beauty.

We stayed in silence together as we drove home—attempting to escape the bloody reminders of death. Home is at the Pallottine mission guesthouse built on the same campus that the Gikondo Massacre took place 20 years ago. On April 10, 1994, three days after the genocide began, the interahamwe savagely murdered 110 Tutsis in a large parish on this campus. As if simply killing wasn’t enough, the militia slowly tortured and mutilated the bodies of all Tutsis present at the church. Somehow, 11 children survived the slaughter and were hidden in another chapel by the parish nuns—I could see this chapel from the balcony of my guest room. But three days later, the interahamwe returned to Gikondo to set the chapel on fire. There were no survivors. This is the place we call “home.” The UNAMIR considered this massacre at Gikondo the first evidence of “genocide, ” referring to violent crimes intending to wipe out the existence of a people group. In response to these evident systematic killings, the commander of the UN Peacekeepers pleaded with his superiors to allow him to intervene before more died. He said that he only needed 2, 500 troops to end the slaughter within weeks to defend the Tutsis. His plan of attack against the interahamwe would stop their violent rampage. Shockingly, the UN denied his request and instead, required 90% of peacekeeping forces to withdraw from Rwanda. A month later in May, the UN Security Council finally voted to send 5, 500 peacekeeping troops to Rwanda however, the United States stalled their deployment. Delighted by the world’s lack of response, the interahamwe continued to reign and the bloodbath escalated. One hundred days passed and still, the world did not say a word.

“I want to take you to the little village that was my first home in Rwanda. After remembering the bloodshed that I witnessed, I need to go for me—I find so much hope there.” 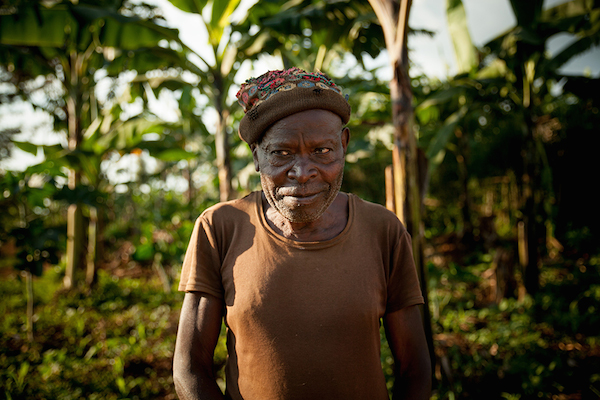 When we arrived in the little village, Joshua came alive. He saw an elderly man and jumped out of the car to greet him—noticing the scars on his face and on his body as reminders of the history he endured. Alphonse was his name. He was a dear neighbor of Joshua’s when he lived here. Life in the village was so different back then—forced to draw a divide across ethnic lines as if they had nothing in common to share. They were supposed to be at war with each other—conditioned to disembody, mandated to kill and authorized to hate. But they didn’t. Refusing to deny their common humanity, they raised the banner of peace. They are able to share freely in recognizing their brotherhood. Reunited after 20 years, I can only imagine that there was much for Joshua and Alphonse to catch up on. In reminiscing, I think Joshua became a young boy again. 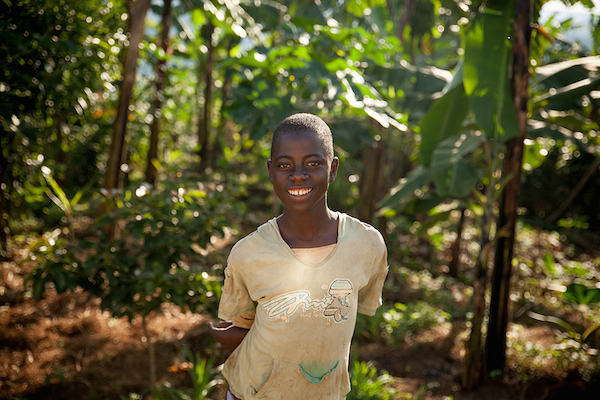 The echoing screams in my brain were drowned out by the sound of children laughing—I found that I was able to breathe again. Joshua’s efforts to preserve the memory of the genocide is not to seek revenge, but to highlight the symbols of ever present hope in his country. Alphonse alive and well is a result of Joshua’s courage to defend his neighbor, regardless of ethnic identity. As Joshua interacted and reminisced in this place, once a war zone, he was at home.

To be at home in the discomforting memory of death and destruction, silence and agony, offers a light into the dark memories we would rather forget. In remembering the places from which we came, home is where we find rest from the screaming voices and tormenting thoughts that haunt us. On pilgrimage, Joshua returns—revisiting these dark places in his history to find redemption, to highlight the symbols of hope, to celebrate the next generation who represent a peace-filled Rwanda. He goes back into the darkness to slay the strongholds of hatred, disdain and despair, embracing the opportunity to live freely in peace.Then, he can come home once again. And we can come home to Rwanda as a metaphor of the dark and light corners of our own hearts. As disconnected as I am from Rwanda’s genocide that happened 20 years ago, I’m seeing that entering into these spaces of immense pain with Joshua is a reflection of myself—inviting me to learn from the failures of the world’s lack of intervention, to identify with both the oppressed and the oppressor and to mirror the heroic courage that arises from unexplainable agony. 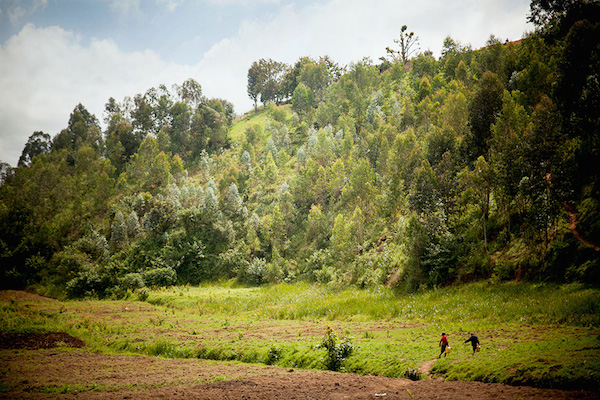 As Joshua revisits these places, the memories persistently haunt his mind—memories of the tremendous loss his family experienced, the atrocities his friends committed and the psychological hold that this juxtaposition has on him. His intentionality in revisiting these memories shows immense courage and strength. Joshua later told me that this was the same village where his mother was killed before his eyes—the village where he himself was supposed to die. He returns to this place to remember the life he is privileged to live.

Remembering those whose bodies have been dismembered honors the memory of lives lost and ushers in a painstaking and profound process of embodying newly restored life.

Joshua stayed for a while longer—laughing with the village members and admiring their newly built water well. After drawing water, two sisters played hide-and-seek behind a jerry can. Upon leaving, the elder sister, not more than 7 years, stuck a passion fruit into the mouth of the can to keep its precious contents from spilling. She struggled several times to lift the heavy jerry can onto her head and finally, after regaining her balance, walked home—her baby sister trotting after her. 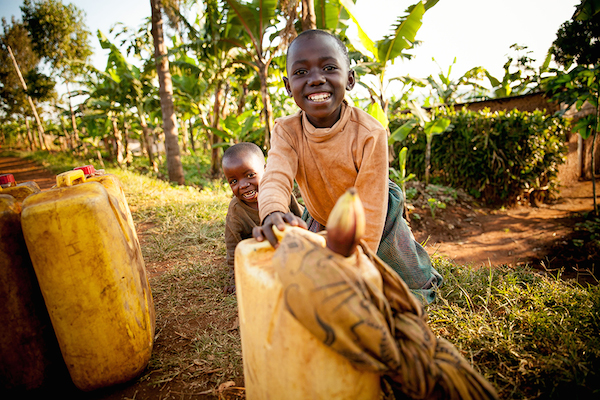