Editor’s Note: The following is Part 5 in a six-part series by Nikole Lim of stories painting juxtapositions of immense pain and tremendous hope in Rwanda. Read the Artist Statement, Part 1, Part 2, Part 3, and Part 4

Our fearless driver, Jacque, is a security guard. He speaks with an eloquent French accent. His words are few, but every now and then he’ll tell us a pertinent and profound fact as we drive. The tone of his voice perfectly narrates our scenic drive—whether we’re driving along the backroads of Rwanda’s hills, cruising peacefully through Kigali or chasing elephants.

His story comes out in pieces: 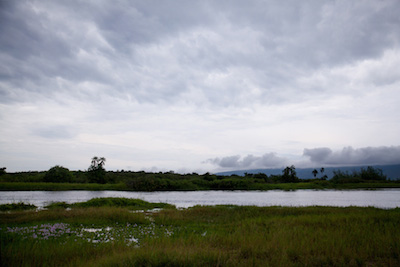 When the genocide hit in 1994, Jacque was in High School studying in Kibeho, a beautiful village known for apparitions of the virgin Mary. He fled for another town to find safety with his family. The first time he’s been back to Kibeho was 20 years later, with us.

His son is now in High School at a boarding school. On our way from Kibeho, we stopped to say hello so that Jacque could give him money. Jacque was beaming with pride when he introduced us to his son.

Jacque also has a 3 year old daughter—she’s the cutest thing.

When we visited Kigali’s Genocide memorial, Jacque stayed in the car. We found out later that the bodies of his wife’s parents are buried in the mass graves there.

His wife barely escaped death herself. When she was just 9 years old, her village was raided by the interahamwe who savagely hacked apart bodies, her parents’ included. As the genociders were merely Hutu youth who knew little about taking one’s life, victims were left beaten, mutilated, bleeding profusely—left to die. Thinking they had finished the job, the interahamwe threw all of the “dead” Tutsi bodies into a pile and moved on to the next village. She was one of the bodies—broken, but not dead. She was just a little girl—her body thrown into darkness among hundreds of other broken, bloody and hacked-apart bodies.

When the interahamwe left, her classmate, neighbor and friend, a Hutu, went back. She couldn’t bear the thought of losing any more of her friends to the blood-stained hands of her tribe members. She went back to dig through the piles of bodies—desperately searching for any semblance of life from the friends she held most dear. There, she found her dear friend, still grasping for breath, clinging to life, refusing to be consumed. In that moment, I can only imagine the overwhelming relief as the pendulum swung from sorrow to joy as they looked into each other’s eyes and identified with each other—literally finding life in death and hope in the midst of pain. Jacque’s wife survived only by the hopeful expectancy of a friend who intentionally went back into the destruction to pull out the life within.

We arrived at dusk. A teenage boy ran alongside our vehicle as we drove on the dirt path toward Saint Joseph Secondary School. The boy opened the school’s gate for us because the security guard wasn’t there. Arriving at the school’s basketball court, three students stopped their game to welcome us. They were so excited to see visitors but admitted that they didn’t expect anyone to come at this hour.

The boys told us that their teachers had gone home for the evening but that they would be honored to be our guides. They were extremely proud of their school’s history.

To begin the tour, they brought us to a small field beside their school—a gravesite burying students that were murdered at too young of age. The boys began by telling the story of the tragedy that took place on these very grounds before they were even born.

After the 100 days of slaughter, the Rwandan Patriotic Front, soldiers comprised of both Hutu and Tutsi, captured Kigali and overthrew the government—finally ending the genocide. The interahamwe escaped to the Democratic Republic of Congo but their blood continued to boil in rage against the Tutsis. Years later, they returned to Rwanda with schemes to kill remaining Tutsis to prove that the government couldn’t fight against their weapons of hatred.

This high school of Rwanda’s future leaders became a target. 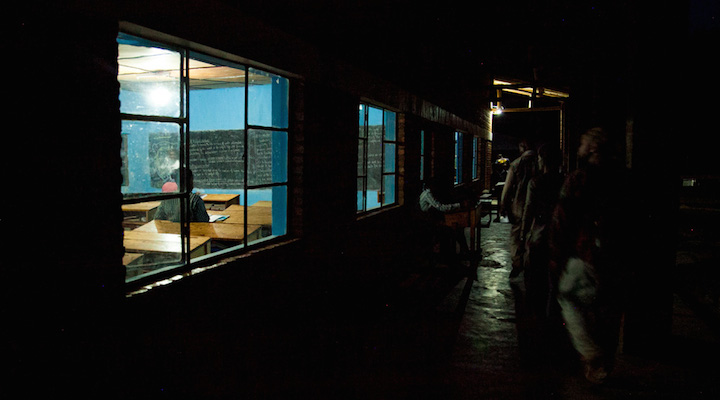 On March 18, 1997, the students at Saint Joseph continued their daily routine and gathered together into their classrooms to study for exams. It was dusk, they had just finished supper and the teachers had already left for the day. Suddenly, a group ofinterahamwe invaded the school. They murdered the security guard, broke down the school’s gate and stormed into the classrooms.

By then, it was already dark.

The boys continued to lead us into one of the classrooms. We sat amongst students who were already there, studying for their exams. Being here and sitting in the same seats at the same hour the attack happened 17 years ago was an eerie experience. We were able to enter more fully into their history immersed in the tragedy yet finding profound examples of courage. They continued the story…

Shouts from the militia and screams from the students penetrated the silence of study hour. The militia ordered the 27 students to separate—Hutus on one side, Tutsis on the other. The defiant teenagers refused.

The militia continued to bark orders—threatening to kill them all when Chantal Mujawamahoro, her name literally meaning “maiden of peace, ” proclaimed,

“We do not have Hutus or Tutsis here. We are all Rwandans.”

“Here, Chantal was shot in the head and killed, ” the boy said as he pointed to the desk beside me. She was 21 and Hutu.

Her family buried her body on the grounds of the school as a reminder of peace for the current and future students, visitors and pilgrims.

We moved onto the next classroom and took our seat next to the students studying. 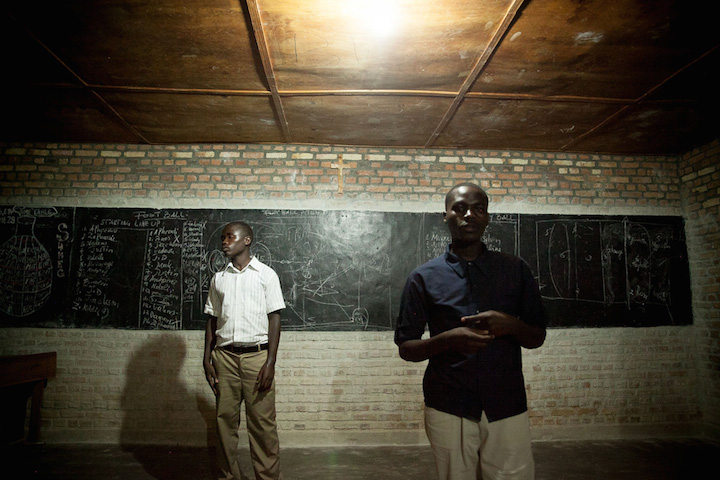 “The militia continued to terrorize the students, moving from classroom to classroom, shooting them off one by one.”

Still, in this classroom, the students refused to be separated. Instead, they fought back with words of affirmation claiming the truth that, “We are all Rwandans.” Fed up with the rebellious students, the interahamwe threw grenades into the classrooms and fled, defeated. Many of the student’s limbs were blown off by the grenades. One of the boys sitting next to me opened his notebook. He showed me his notes on what he has been learning in his classes. His definition for “unity” was a paragraph long on understanding unity as an alternative to war and violence—a communal voice of peace. Neatly hand-written on the first page of his notebook were the names of the six students who died that night in solidarity. He read each name aloud:

I was deeply moved at the intentionality of this teenage boy beside me. In remembering the courageous examples of the students who have gone before him, he is given courage. 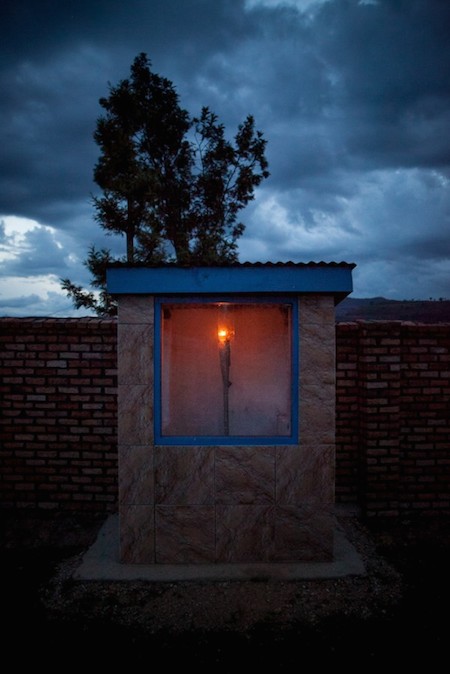 On the school’s grounds stood the touring Kwibuka Flame of Remembrance to commemorate 20 years since genocide and to honor places where life, peace and hope have been reflected. My heart leapt when I saw the flame—for me, it was more beautiful than the Olympic torch.

These are my heroes and she-roes. Indeed, the students who banded together at Saint Joseph’s are all examples of the united body of Christ—promoting their friends, communities and nations toward healing and reconciliation.

The future of Rwanda belongs to them—the audacious teenagers who remember that they are all Rwandan. Despite differences, disagreements and ethnic tension, they affirm that their history is relevant. They too, are symbols of hope for our world. May we all echo Chantal’s courageous voice of defiance, proclaiming peace, unity and solidarity. May we have the boldness to do the same and stand amongst our friends in oppressive places, refusing to deny our common humanity and lifting the torch of peace. May we be reflections of hope, going back into the destruction, the pain and messiness of the world, to pull out semblances of life we find within.

We are all Rwandan.